I have always loved the idea of train travel. My Grandpa worked for the Milwaukee Road. One time I got to go along when my dad dropped him off at Union Station in Chicago, and my grandpa showed me a sleeper car and the dining car—it all seemed so sophisticated and adventuresome. 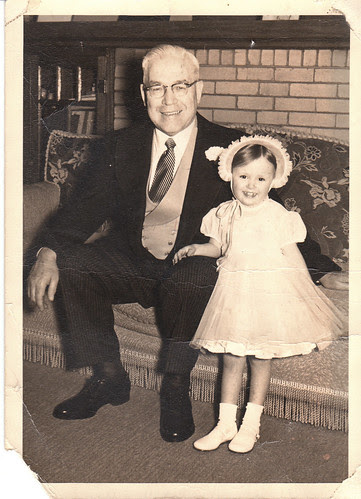 For a 6-year-old girl, the train provided a lot of food for thought, too. Beautifully lettered “No Spitting” signs hung in every car. I couldn’t imagine anyone—much less the sophisticated adults I pictured traveling by trains—not realizing you should never spit on a train. It was only recently, over half a century later, that I found out that the signs had been set out in crowded establishments such as trains as a public health response to the raging plague of tuberculosis. The mystique of those “No Spitting” signs stayed with me—when Russ and I brought our kids to a railroad gift shop a couple decades ago, I bought myself a metal "No Spitting" sign as well as a "Milwaukee Road" sign.

Except for the Chicago el, I never rode a train myself until my first two years of college. Russ and I attended different schools then, and he and I often took the Grand Trunk Railroad between Chicago and East Lansing, Michigan, and the Illinois Central between Chicago and Champaign to spend weekends at home or visit each other. Between urban centers, trains pass through a lot of beautiful and fairly wild areas, and even before I became a birder, I loved looking out the window and noticing birds, even if I didn’t know what they were. But once we got married and bought our first car, Russ and I stopped traveling by train.

So in all the 39 years I’ve been a birder, I never once rode a train until just last week. I badly wanted to hear Joel Greenberg, author of A Feathered River across the Sky: The Passenger Pigeon’s Flight to Extinction, who was speaking in North Chicago on February 20. I dreaded the thought of driving all the way—I think I’ve encountered one too many blizzards in Wisconsin in the past several years—and it suddenly occurred to me that I could take the train. I looked up the Amtrak schedule, and it was actually affordable, even more so because I’m 62—exactly the right age to qualify for the senior discount. I did have to drive to the station in St. Paul, where I left my car in the free parking lot. After that, I left the driving to Amtrak.

My train was scheduled to leave the Twin Cities around 7 am, so I had to leave Duluth at 3:30 in the morning—not all that much of a problem for a birder accustomed to early rising. But the Empire Builder line—the one that runs from Seattle to Chicago, has been suffering an extremely high number of delays in recent years, exacerbated by all the oil tanker trains originating in North Dakota, so my train was 5 hours late arriving in St. Paul. If I’d  anticipated this, I’d have slept in and left Duluth later, but as it was, I got to spend the time working on a writing project and visiting with one of my friends who lives near the station. The station itself was very pleasant—quiet, well lighted, and staffed by friendly, helpful people. There was no Wi-Fi, but my son Joey talked me through setting up my cell phone as a hotspot, something I used on the train, too.

Once I boarded, I was in heaven. The eastbound Empire Builder passes through some of the loveliest places along the Mississippi, and I spent a lot of time gazing out the window at lots and lots of Bald Eagles along with Red-tailed and Rough-legged Hawks, an exciting variety of ducks, and a smattering of Snow Buntings, Lapland Longspurs, and Horned Larks. Sadly, the delay meant I had five fewer hours of daylight for birding from the train, but that gave me more time to work on some writing projects after the sun went down.
My return train left in mid-afternoon, when the February sun was starting to get low in the sky, but in the stretch between Chicago and Milwaukee, I got a lovely look at a Snowy Owl along with plenty of waterfowl. I didn’t see a single "No Spitting" sign on either trip, but I guess we can’t have everything. It also didn't occur to me to take pictures.

We’d had a lot of snow while I was gone, but the parking lot at the St. Paul station had been plowed extremely well, including removing almost all the snow from behind the cars, so I only had to clear the snow off my car and shovel the relatively loose stuff right behind my wheels to get out of the space. I’m impressed that I could park in such a well-maintained lot for three days for free.

Russ and I have always longed to take a long trip in a sleeper car, and now I’m even hungrier for that. Different Amtrak lines take different routes, and I’d love to try them all. My Amtrak birding list right now includes about 20 species, and suddenly I’m yearning to see just how high I can bring it. Riding the train may be a little more unpredictable than driving thanks to the high number of delays because freight trains have priority on the limited tracks, but it uses less energy than flying or driving. I wish we had better rail infrastructure to avoid the delays, but that was a minor inconvenience in exchange for such pleasant, no-hassle, productive trips that provided such exciting birding to boot. 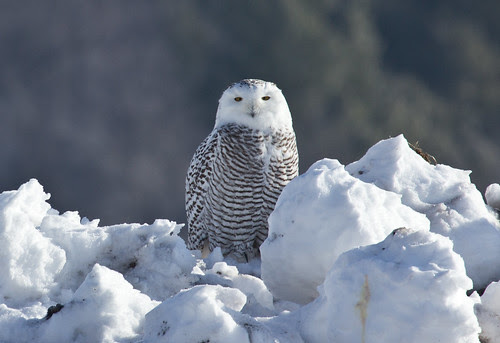