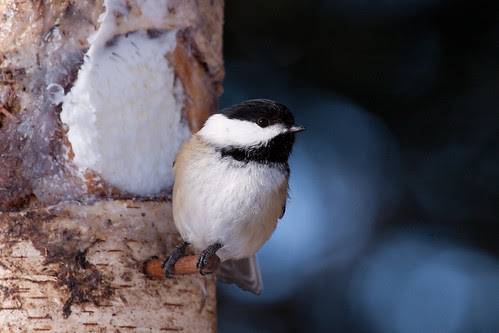 I keep hearing report after report about this winter being the worst in 30 years. The winter 30 years ago really was a doozy. I remember it vividly because my daughter was born in December 1983, while Russ and I were still adapting to life in the frozen north, and we had a lot of difficulties bringing our tiny new baby, along with a bundled up toddler, to pediatrician appointments when there was so much snow and so many days well below zero. But I also remember Duluthians telling me that winter about much worse ones, and really, the two previous winters, when I was first living in Duluth, hadn’t been much milder. It seemed like double digits below zero happened at least several times every winter up here.

Statistically, that winter 30 years ago was colder than average, but not that far off the norm. People keep saying the ice cover on the Great Lakes is the most in this century, but the century is only 14 years old, after all. For our relatively large brain size, we humans have surprisingly short memories. We used to be able to count on frigid weather and enough snow to run the John Beargrease Sled Dog Race—in the past decade, the race has been marred by postponements and even cancellations.  The safe date for planting tomatoes has crept earlier in May. Temperatures on average are definitely creeping upward. This winter may be extremely cold, and a serious outlier compared to recent winters, but it’s really not so far from the norm of winters in previous decades, at least not in Duluth.

We humans aren’t the only ones with memories too short to easily reconcile this year with winters past. Some non-migratory species and short-distance migrants have been wintering here in increasing numbers in recent decades, including cardinals and Mourning Doves. If the propensity to linger has a genetic component, several mild winters in a row can increase the number of birds remaining in the north whose bodies aren’t as cold hardy as would have survived previous winters, and this year’s could be having a devastating effect on some of those individuals. 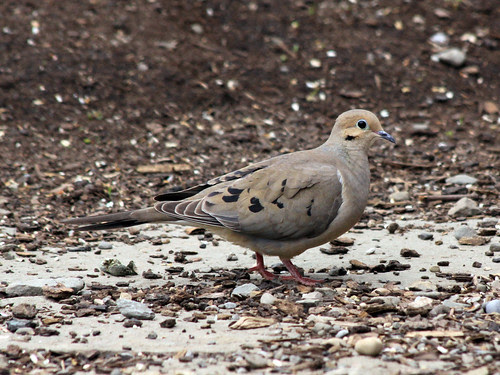 I haven’t been getting many reports of dead and dying birds, but lots of questions about where are the doves and where are the finches. The doves have mostly moved south, but some are remaining near feeding stations in the Northland. Both Mourning Doves and Rock Pigeons are susceptible to frostbite, unlike songbirds and many other groups. Birds in the dove family have a crop—a pouch within the esophagus in which they can store a lot of food, so when they pig out at a feeder, after they fill their stomach they can keep downing quite a bit of seed. When the crop is full, they fly off to roost on a sunny, protected perch while they digest, their belly resting on their feet to keep their toes warm. Those doves that have remained in the frigid north can be fine as long as they can count on enough food that they don’t have to waste valuable time seeking out new sources.

The absence of finches was predicted way back in the fall. Redpolls, siskins, and crossbills apparently are pigging out on an abundance of food further north, and haven’t had to move south for sustenance. These are irruptive species, not moving far each year. We can look forward to seeing many more of them next winter.

The extreme cold, after so many unseasonably warm years, will take a toll. Providing nutritious food for the smaller numbers of birds at Northland feeders this year will at least help some of them for the duration. 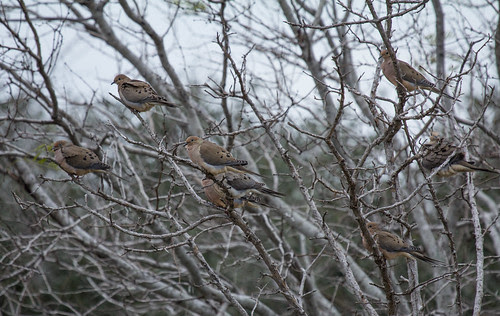