My tribute to Roger Tory Peterson in Sweden & America magazine

In 1996, when Roger Tory Peterson died, the Swedish Council of America wanted to publish a tribute to the famous Swede's life in their magazine, Sweden & America, and their editor wrote to me asking if I would write it for them. In retrospect, I suspect they asked me out of a misunderstanding, thinking I was Swedish because my married name is indeed Swedish. (I'm Irish and German with maybe a tiny smattering of Swedish. Russ is 100% Swedish.) But I went ahead and wrote it.

It was written just after the Ivory-billed Woodpecker had been declared extinct. Now Sweden & America magazine is also extinct—it's has been out of print for several years, but when I was rifling through my files looking for something entirely different, I came across my only copy. So here it is, since it's not available anywhere else anymore. You should be able to click on a page to see a readable size. 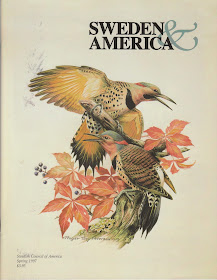 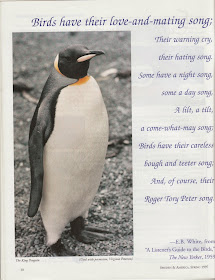 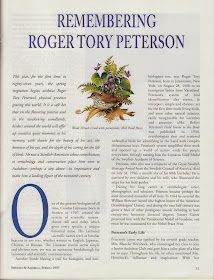 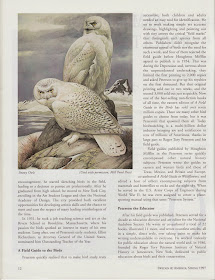 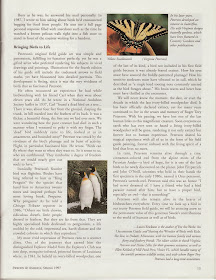 And here is my letter from Roger Tory Peterson, referenced in the article.

This happens to be the very week that I received the Roger Tory Peterson Award from the American Birding Association! So with that unexpected and thrilling connection to Peterson,  I have to add one more photo.