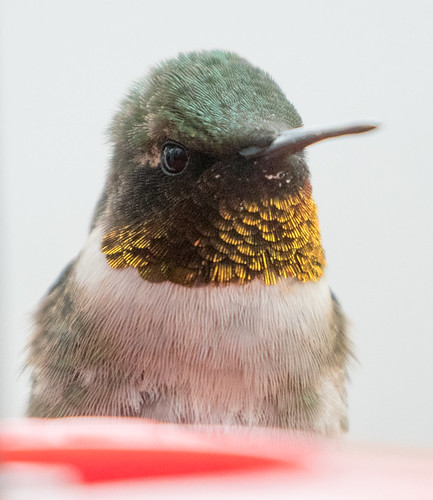 More and more birds are arriving in the north woods now. On Thursday the 12th I had my first hummingbird of the season along with a Least Flycatcher and Black-and-white Warblers in my own yard, and I’ve had a few warblers here and there. A few Yellow-rumps and several Pine Warblers were on territory on Big Pete Road in Port Wing on Monday the ninth. 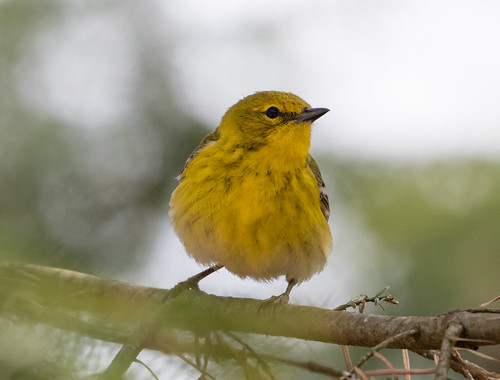 On Sunday the 15th at the Western Waterfront Trail,, I saw Baltimore Orioles, Black-and-white and Palm Warblers, another Least Flycatcher, and my first singing catbird of the season. 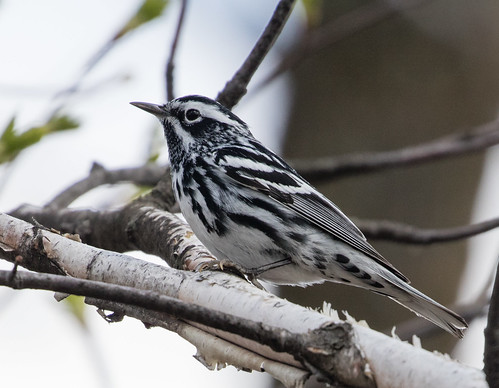 And a real rarity flew over my head—a Little Blue Heron. I couldn’t track it down to photograph it, but Peder Svingen and Larry and Jan Kraemer noticed my eBird report and refound it that afternoon, and soon lots of birders managed to see it. It was still present on Monday the 16th.

My Thursday hummingbird didn’t stick around, and neither did the one I saw several times on Saturday. I’ve not had more than three White-throated Sparrows at one time, and not one Harris’s or White-crowned Sparrow yet. I never had as many as a dozen Fox Sparrows or Juncos in April—they managed to sneak through on their way north without many stopping here. 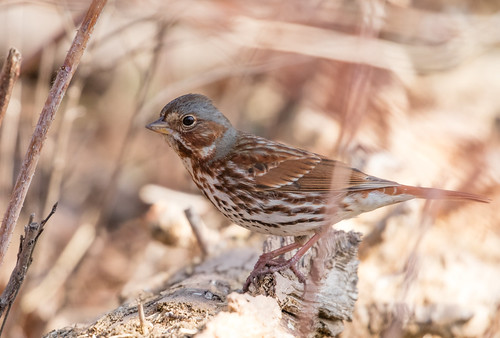 At least several Chipping Sparrows, two pairs of Song Sparrows, and two or three pairs of robins seem to be setting up territories near and in my yard. 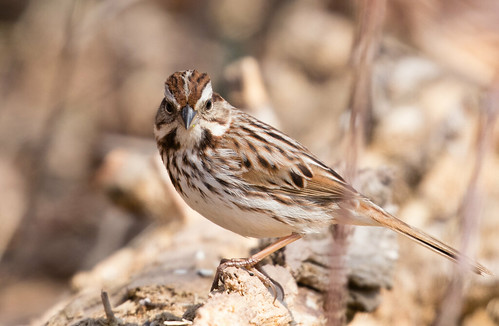 Chickadees, Red-breasted Nuthatches, and Hairy and Downy Woodpeckers are also nesting near my yard, and a pair of Pileated Woodpeckers is apparently nesting somewhere near here. 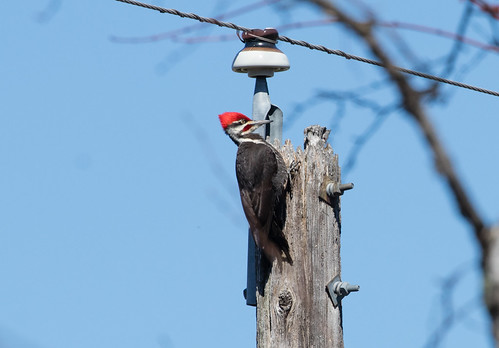 A male Red-bellied Woodpecker with a slightly deformed bill has also been coming regularly. 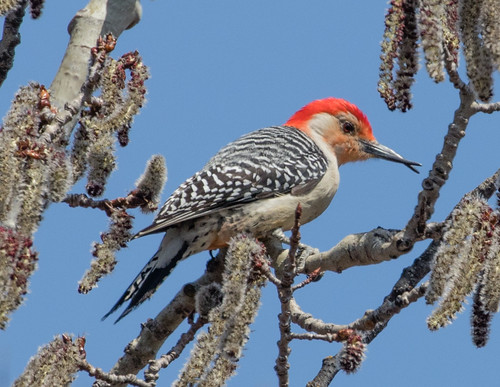 Most days I’ve had at least one Ruby-crowned Kinglet or Brown Creeper, but other little migrants have been few and far between. 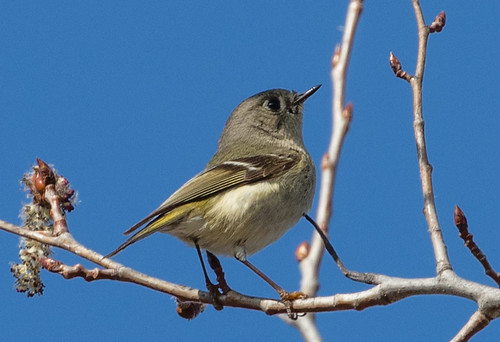 I’ve seen hawks and eagles flying over, and a Hermit Thrush a couple of weeks ago. But overall, there has been surprisingly and disappointingly little bird activity in my yard so far this season.

I’m sort of glad the weather has consistently stayed cool up here, delaying migration until we have more emerging insects. Birders usually like warblers arriving before we have any leaves, but I’m always very nervous when we get a flood of migrants before there’s a good supply of tiny hatching caterpillars on newly opening leaves to provide ample food for warblers and other migrating songbirds. This year it’s backward—thanks to that bizarre day when temperatures reached the 90s last week, trees are leafing out on the early side, so ironically the flood of birds this year may be arriving after a big chunk of their main food supply has come and gone.

As I’ve gone through "For the Birds" transcripts and recordings from years past, I appreciate more and more how phenology is regular and predictable, yet every year is unique. Paying attention to which birds appear when, in what numbers, is interesting the first spring. Somehow it’s even more interesting the following year, and year after year, even as spring proceeds pretty much normally, the fascinating differences keep us increasingly engaged. Writing down our daily sightings helps us keep track of each year, and keeps us eager and excited about the next year. Entering our daily sightings into the Cornell Lab of Ornithology’s online service, eBird.org adds an important element to our fun by making our personal sightings available to a world of ornithologists and birders. My Little Blue Heron was fun to see, but I felt way more joy seeing the photos and excited words of other birders who went looking for it after I reported it on eBird. After all, most gifts, like spring itself, bring us even more pleasure when they are shared.
Laura Erickson at 9:39 AM
Share