Thirty years ago, on May 12, 1986, at 7:35 am, my very first "For the Birds" program aired on KUMD. If anyone had told me just weeks before that I’d ever talk on the radio about anything, I’d have laughingly responded, “Inconceivable!”

And it really was inconceivable. We had a radio club in our high school, but only boys were allowed on air, and I was completely intimidated by the whole idea anyway. I saw myself as the elementary school teacher type, and that is what I became. 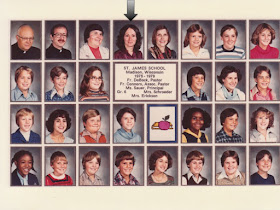 But in 1981, after Russ got his Ph.D. and took a position as research scientist with the EPA up here, I settled in as a stay-at-home mom. We’d come here from Madison, Wisconsin, where as a volunteer I’d led field trips and taught free beginning birding classes for Madison Audubon. But Minnesota’s top birder lived in Duluth and made his living doing those things, so my poor offerings were both unwelcome and unnecessary. I floundered for a while, not sure where I fit in anymore. At that point, while my kids were babies, I had plenty to keep me busy with, anyway.

I may not have seen myself as a radio producer, but I became a voracious radio listener, and one of my great joys was listening to JohnCiardi’s guest spots on National Public Radio talking about the etymology of words and expressions. He had a wonderful, gravelly voice unlike any professional radio broadcaster, and his enthusiasm and genuine passion for his subject was contagious. I associated his name with a poem that suddenly started rattling around in my brain, but all I could remember for sure was the last line. I didn’t know why I associated it with him, but one day in early 1986, I wrote to him in care of NPR asking if he knew the poem.

I received a delightful letter from him identifying “Love Poem” by John Frederick Nims. The reason I associated it with Mr. Ciardi was because it was in a book he’d put together titled How Does a Poem Mean, which we’d studied in a high school English class. I was thrilled!


The letter is dated February 3, 1986. I somehow lost the envelope with the postmark, and so I cannot be exactly sure when it arrived, though it seems in my memory it was closer to Easter than it actually may have been. Then on March 31, the day after Easter, I heard on All Things Considered that John Ciardi had died on Easter Sunday. That devastating news was presented in standard radio-speak, smoothly delivered, as if there wasn’t a sudden cataclysmic void in the universe.

As I recall, there were interesting stories in the news that week, but they were all delivered in that same dispassionate, professional tone. It seemed to me that someone—anyone—had to quick get on the radio and share something they cared passionately about the way John Ciardi had shared his passionate love for words.

On the strength of that sudden spark, I came up with three scripts, the first about how spring weather influences bird migration, a second about orioles, and a third about grackles. But I had no clue how to proceed. My friend Karen Keenan called Bob DeArmond, a friend of hers at KUMD, and he said I should talk to Stephanie Hemphill. He set up a meeting for the first week of May. It was lucky Karen and Bob took this on, or I'd probably still be sitting here with those three radio scripts.

Now I had to come up with a name for the program. I was petrified that listeners would say I was just for the birds, so I beat them to the punch.

I was so nervous my legs felt weak by the time I  walked into KUMD, scripts and my Peterson Field Guide to Bird Songs vinyl records in tow. Stephanie recorded me on the spot. I cringed hearing my voice played back, but was fascinated watching her expertly mix the bird sounds with my voice onto a new tape. There were three programs, so she said they would run them every Monday, Wednesday, and Friday, and that was that.

Stephanie was in the sound studio with me for the first few weeks until I learned how to mix the programs myself. I was so nervous with her there, feeling like I was wasting her time and mortified every time I messed up a line and had to do it over, that I talked much faster and my voice was higher pitched than normal.

But it turns out people really did want to hear someone talk on the radio about something they were passionate about, so KUMD kept playing "For the Birds," and I kept producing it. And that was how a low-ambition stay-at-home mommy came to be on the radio, blathering about birds for lo these many decades, all because of John Ciardi. Inconceivable!