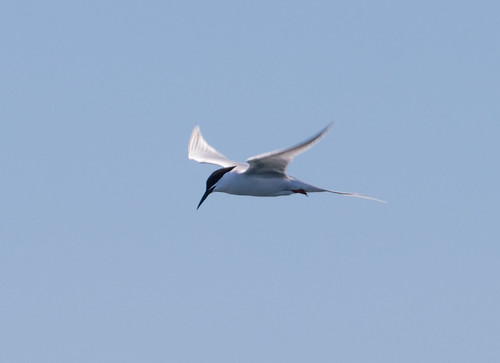 A few days ago, I wrote about our smallest tern, the Least Tern, and since one good tern deserves another, I decided today to write about the Roseate Tern. When I was in Maine earlier this month, I was hoping against hope to see one, partly because I missed seeing a single one on my 2013 Conservation Big Year even though it’s a species in serious trouble that deserves to be highlighted, and because it is so exquisite, the whitest of all the medium-sized terns. Roseate Terns are primarily tropical, breeding in tropical oceans around the world, and reaching into the temperate zone only in scattered breeding colonies in the northern Atlantic. I saw my lifer on Long Island in New York in June 1993.

Arthur Cleveland Bent, primary author of the series, Life Histories of North American Birds, wrote in 1921, "I shall never forget the thrill of pleasure I experienced when I held in my hand, for the first time a Roseate Tern and admired with deepest reverence the delicate refinement of one of nature’s loveliest productions.” The bird he was holding in his hand happened to have been killed by him—collected for science.

Roseate Terns paid a tragic price thanks to shooters, far, far more for decorating women’s hats than for science. The trade in wild bird feathers has been illegal for generations, and many more safeguards have been put into place even for scientific collecting, thanks to the Migratory Bird Treaty Act.

Recovery has been slow, habitat loss still a problem because the beaches where many terns breed are under such heavy pressure for recreation and development. The population here is nevertheless recovering much faster than that in the Caribbean, where eggs are still collected because they’re believed to have aphrodisiac qualities. Despite the problems, individual terns are surprisingly hardy.  The oldest Roseate Tern known to science was at least 25 years, 8 months old when it was recaptured and rereleased during banding operations in Brazil in 1997. It had originally been banded in Massachusetts in 1971.

I was an instructor at National Audubon’s famous Hog Island in Maine this spring, and got to go on one of the boat tours of Eastern Egg Rock, the small island where Steve Kress devised his amazing Project Puffin, using decoys and puffin sounds to lure Atlantic Puffins back to nesting on the island—they’d been extirpated from almost all of Maine’s islands by egg collectors, hunters, and market shooters. Now the puffins on Eastern Egg Rock are thriving, as are some other species, including Arctic and Roseate Terns. So I figured this was my one shot at getting photos of both species, but especially Roseate Terns.

Sure enough, from the boat I got one series of photos of courting Arctic Terns. 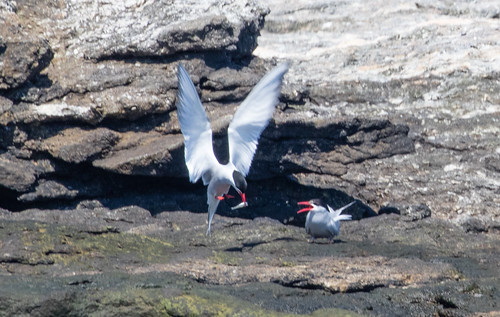 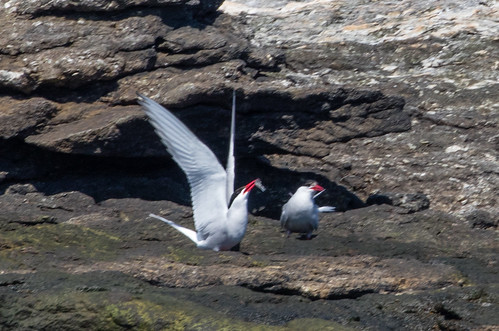 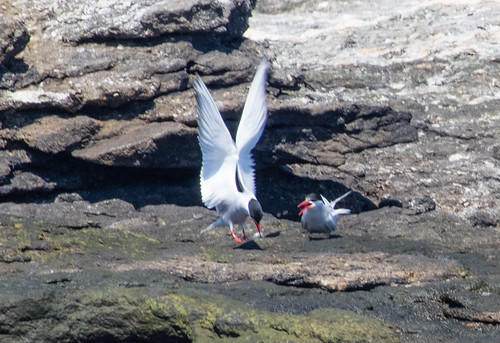 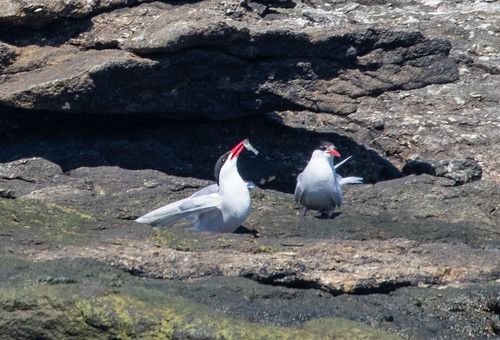 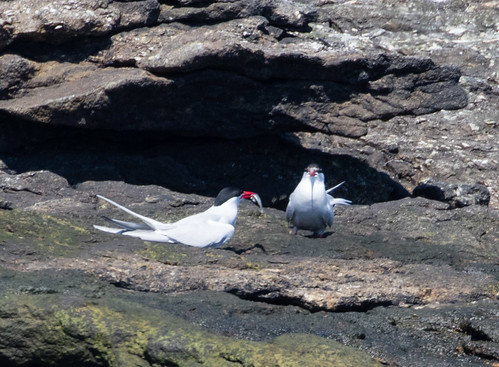 I also got several shots of Roseate Terns, including a couple of courting pairs. 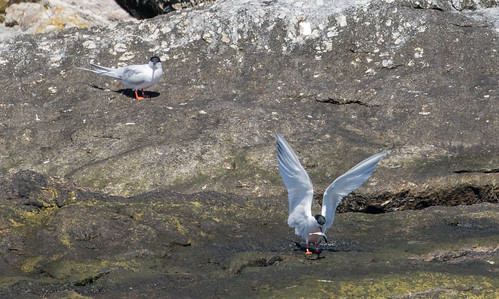 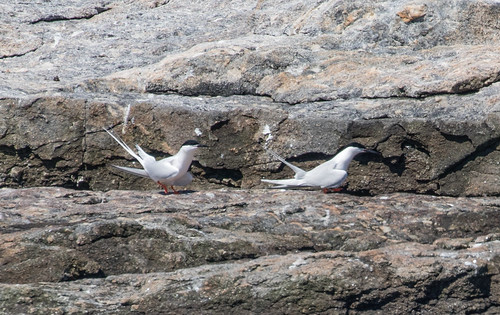 All were from a distance so had to be severely cropped to make the birds appear closer—none of these photos will appear in magazines or anything—but they did turn out reasonably well, all things considered, and are the best I’ve taken of either species so far. My camera lens is the new model of Canon’s 100-400 mm zoom lens; the image stabilization is wonderful, and my new camera body (Canon’s 80D) has a wonderful sensor giving a wondrously detailed 24 megapixels.

Although I was there at the peak of breeding season, I wasn’t close enough to see any of the pink suffusion that gives Roseate Terns their names. Fortunately, I’ve already been invited back to Maine for next year, to keynote at two birding festivals—the LL Bean Birding Festival and Acadia Birding Festival. So next year I’ll be back, with several days between festivals to try to have a closer experience with Roseate Terns. If one good tern deserves another, it also deserves a closer look . 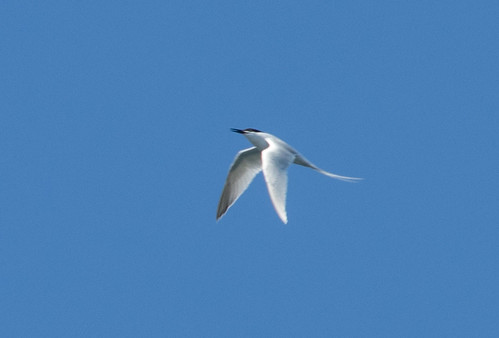