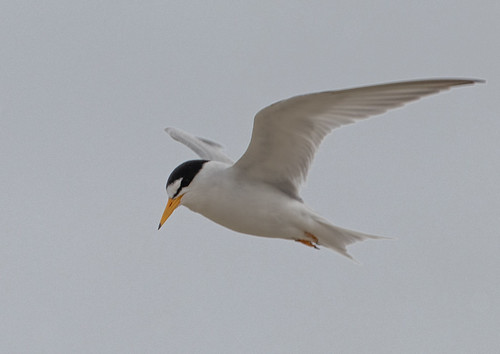 In June 1976, Russ had a professional meeting in Savannah, Georgia, and I tagged along to go birding. I had only been a birder for a little over a year and never anywhere near a coast, so my focus was entirely on seeing what I could find. Russ let me set our agenda during our free time, asking only that we spend a little time at one spot I wouldn’t have chosen—Fort Pulaski National Monument.

I tried to be gracious about it, but when we went inside, I was overcome with an overwhelming sadness—the very air seemed oppressive, in exactly the way I felt when we visited the Alamo. I couldn’t take it but didn’t want to dampen Russ’s enjoyment, so I stepped outside to stroll around the grounds a bit. That’s when I saw my lifer Least Tern—both a splendid bird and an important milestone—Number 200 on my lifelist.

This tiniest of all terns, lovely and graceful, nests on sand beaches and occasionally stony flat rooftops. This was the peak of the nesting season, but I didn’t know enough about Least Terns back then to even think to look for the nesting area. Instead, I stood, transfixed, watching several of these dainty birds catching fish in the moat around the fort. 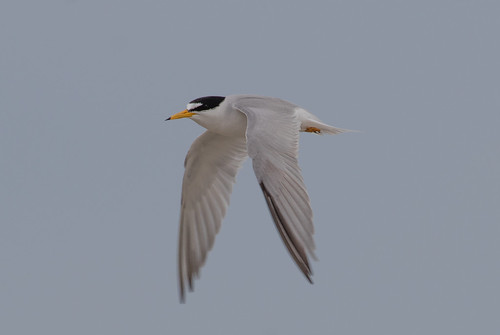 For both Russ and me, that afternoon proved to be one of the most memorable of our trip. Since then I’ve seen them in California, Delaware, Florida, Georgia, Iowa, Maine, New York, Oklahoma, South Carolina, and Texas. I missed a Duluth sighting in 1986.

Least Terns are widespread and common here and there along the coasts and rivers of the United States and a bit of Canada. They require sandy beaches and spits for nesting, which are also among the areas people use for recreation, residential and tourist development, and water diversion, so it’s small wonder that the North American Breeding Bird Survey data show that Least Tern populations declined by about 88 percent between 1966 and 2015. The North American Waterbird Conservation Plan lists Least Tern as a Species of High Concern, and the species is on the 2016 State of North America's Birds' Watch List. Least Tern is classified as threatened, endangered, or as a species of concern for most states because of loss of nesting habitat, and the interior population has been federally listed as endangered since 1985. 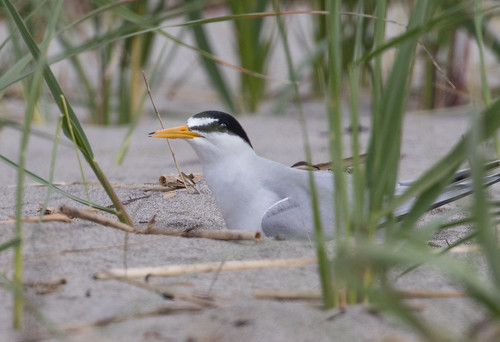 Fortunately, when individual birds find a satisfactory spot to nest, they don’t seem to realize they’re imperiled—they go about their business and hope for the best, pretty much as we all go through life. Indeed, the oldest known Least Tern lived to be 24 years old. It had been banded in Massachusetts in 1957, and was killed by a predator in New Jersey in 1981. 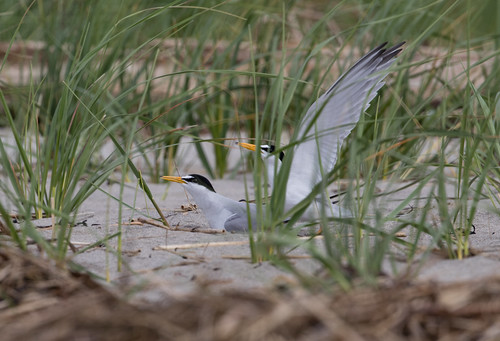 Russ and I spent a splendid day with Least Terns at Popham Beach State Park in Maine a couple of weeks ago. This beach provides lots of recreation for people while setting off a wonderful swath of habitat for Least Terns and Piping Plovers. I counted a bare minimum of 25 Least Terns that day. The fairly large numbers meant that some of the birds had to nest closer to the edge of the roped off area than others, and two pairs were nesting close enough for me to photograph. Both of them had so far produced a single egg. 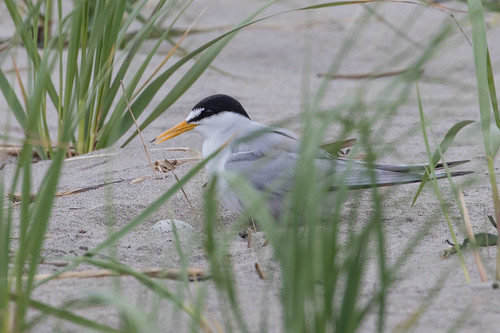 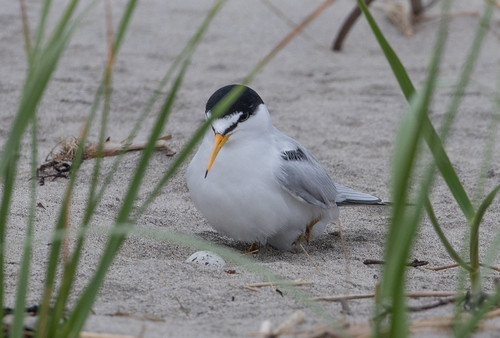 A complete clutch may contain just one egg but more often 2 or 3. According to the Birds of North America Online, incubation begins after the first egg is laid but nest may be inconsistently attended until the clutch is complete. I did see both females incubating their single egg, but also saw them standing a short distance away, so these eggs were probably laid that very day or the day before and the birds will probably produce one or two more. 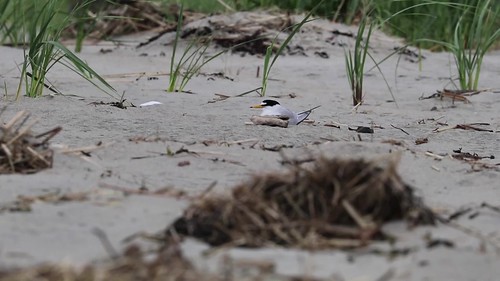 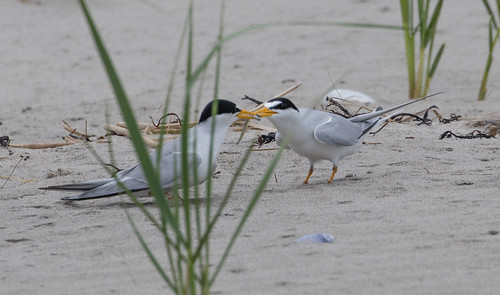 I saw males fly in several times to deliver fish, and got photos and even video of this happening with the two nearby females. It was so thrilling to see courtship behaviors and flying and roosting and nesting birds. I'll enjoy the pictures and videos for years, each one bringing back to me yet another moment of the lovely day Russ and I spent with them. 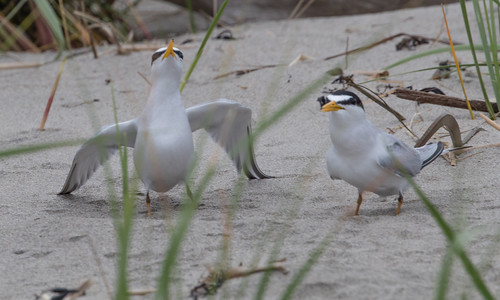 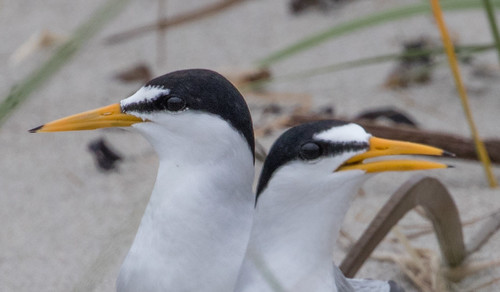