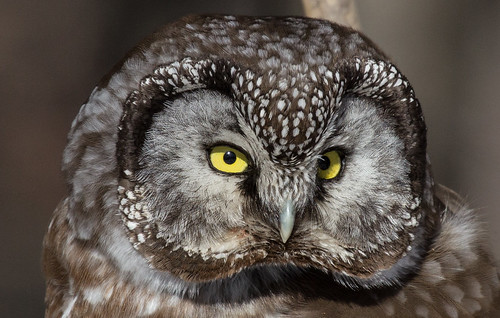 Much of the United States celebrates the first Sunday in February by watching a football game. Just moving one letter and space, I change the name of the day to Superb Owl Sunday, and I like to take at least some time that day to look for owls.

Most years I have really good luck. In 2012, I was in New York City and went out with Russ, my daughter Katie, and her partner Michael to Breezy Point Tip where we had splendid looks at two Snowy Owls, one a stunningly all-white older adult male. 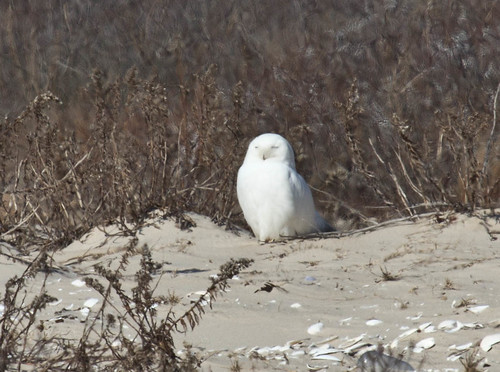 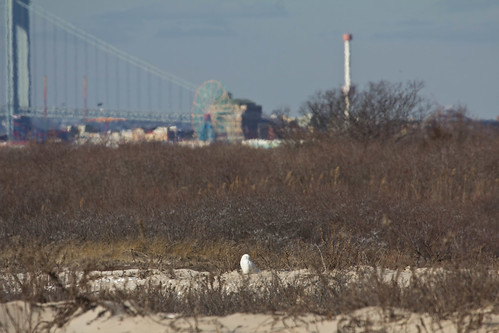 On Superb Owl Sunday during my Big Year in 2013, Russ and I went to Two Harbors, where we had my best looks ever at a Boreal Owl, and also saw a wonderful little Saw-whet Owl. 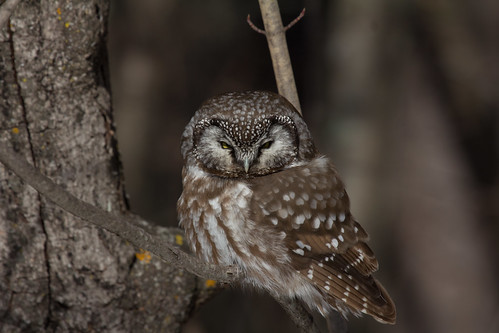 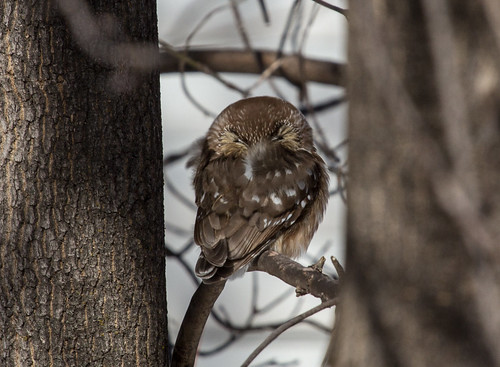 In 2015, I got up close and personal with a Northern Hawk Owl at the Sax-Zim Bog—no one has been finding those in the two winters since, so I feel especially lucky to have photos from that one. 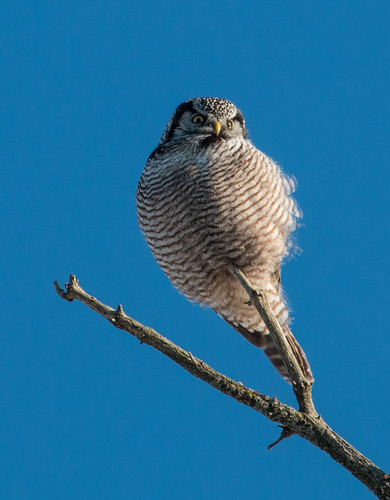 So I was thinking that unlike Super Bowl Sunday, there are never losers on Superb Owl Sunday. Until this year. Sunday was a disappointment whether I was thinking about owls or falcons.

My friend Lisa Johnson and I headed to two fairly reliable places to see owls. First, we hit Superior, Wisconsin, where we drove around the airport for quite a while in hopes of spotting one of the Snowy Owls that have been hanging around this season. They spend a lot of time sitting on fences, light fixtures, roof tops, and other tall structures. There isn’t much traffic on Sunday mornings so Lisa drove nice and slow while I scanned what seemed like every possibility. Clear skies and high winds put the kibosh on that, though we did get a nice leisurely look at a Northern Shrike perched atop a tree, and Lisa spotted a flock of finches that I missed. Where were the owls? Probably hunkered down on the ground somewhere, sheltered from the wind. 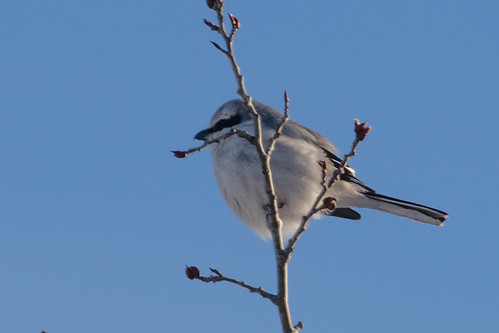 We also checked Barker’s Island, looking both at the kinds of perches Snowies like and down on the ice, but no luck.

So we moved on, heading up the shore in hopes of seeing at least one Great Gray Owl. Two had been seen the day before at the entrance of Split Rock, and two more along the shore just west of there. Winds were down by the time we worked our way up the shore, but Bald Eagles and ravens were everywhere, soaring on the thermals produced by all that sun. Both those species can be aggressive toward owls, so any Great Grays about must have hunkered down within foliage. Lisa drove fairly slowly along the scenic drive and Highway 61, but I couldn’t pick out any owls along the way. We stopped briefly in Two Harbors to try for the Eurasian Tree Sparrow that has been hanging out with House Sparrows in the vicinity of the DoNorth Pizzeria, but no luck with that, either.

On the drive, I did get some photos of a pair of eagles and a pair of ravens soaring very high above us. 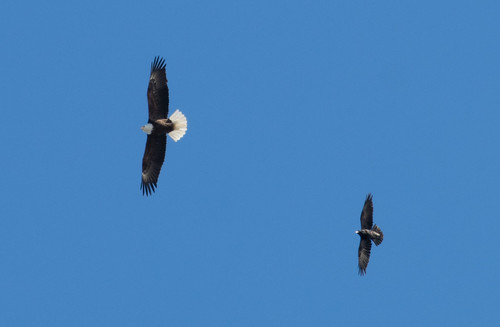 At Split Rock, we also got to photograph a Ruffed Grouse feeding on aspen and birch buds, but no luck with owls. 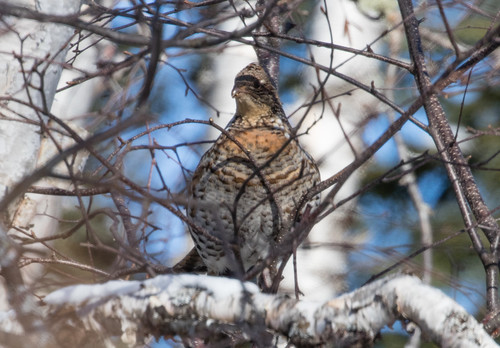 When we got back to town, we drove along Lester River Road for a while, but not a single owl revealed itself unto us.

So I went home, trying not to nurse a grudge about Superb Owls and hoping I’d at least get so see a flock of falcons triumph over some New Englanders. That actually looked pretty promising, but no dice. I guess whether you’re talking about flying pigskins or flying owls, there are no guarantees to be had on the first Sunday of February or, maybe, any other day.