Tuesday at the Western Waterfront Trail 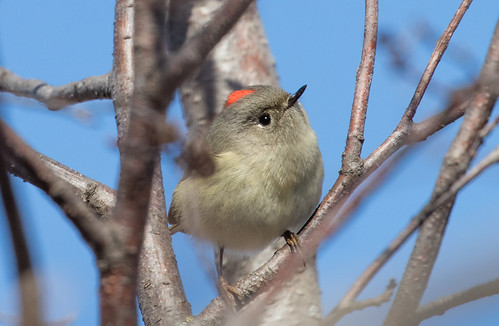 It was plenty cold this morning, but the sun was shining, there was virtually no wind, and despite the continued ice in the marsh, the number of bird species we saw on Duluth Audubon's Warbler Walk was two more than last Tuesday. I so love this time of year!

Some geese are working on nests now, and one appeared to be sitting on eggs already, but we also saw pairs swimming together and a flock of apparently unmated birds.  It seems shocking to people that geese, ducks, and most other birds don't start incubating eggs until the female has finished or almost finished laying eggs. Ducks with 13 eggs in a clutch won't start sitting on eggs until two weeks or more after the first egg was laid. 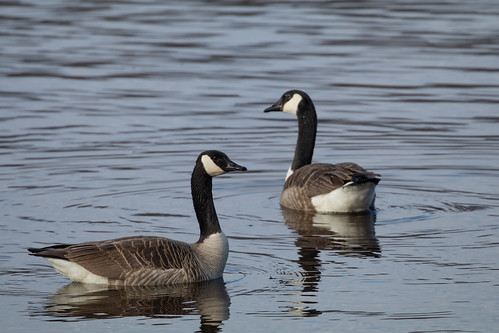 More of the open water was open, but the water in the cattail marsh was all ice. We saw very few ducks, and the bright sun compromised our viewing of those with both backlighting and glare, but we were pleased with what we found. 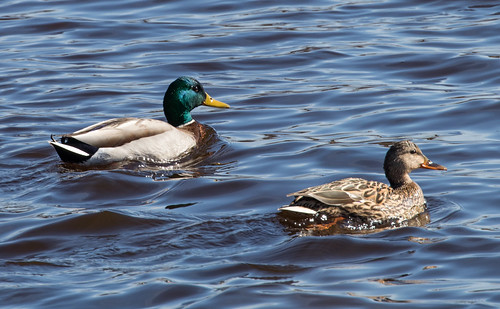 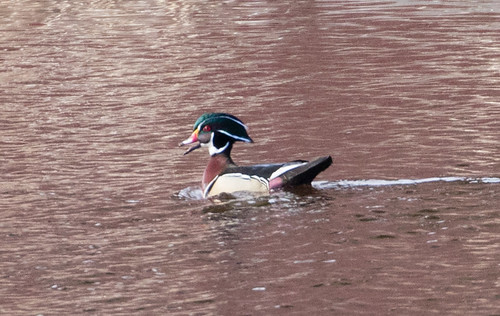 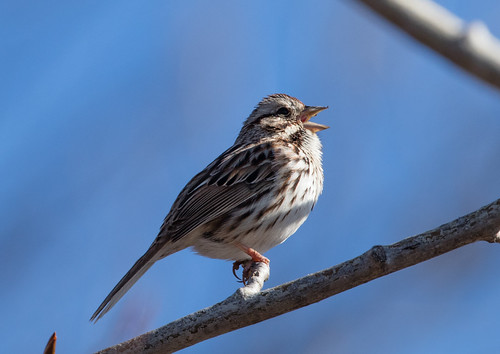 The main robins we counted were again singing males—no flocks or females so far. Some goldfinches were singing and fluttering about, and at the very end we spotted a few Pine Siskins feeding in catkins, but neither was spending much time singing. Today we saw lots of chickadees, but only a couple were singing. Red-winged Blackbirds were still acting territorial, but I don't think all the males are back yet, and no females are present yet. 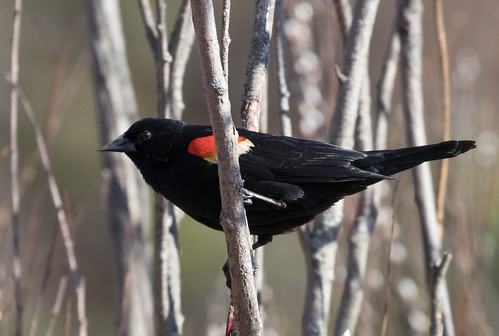 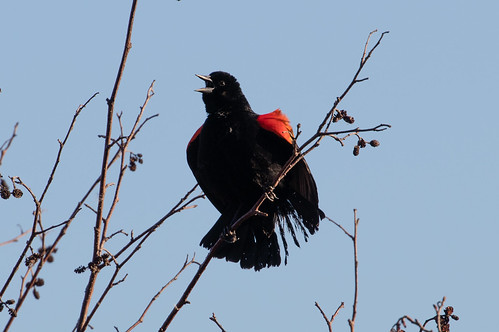 A Belted Kingfisher flew in and stopped momentarily on a post, but not long enough for most of the participants to see. Several minutes later it flew over and circled so everyone could see the shape and white patches on the wing, and hear the rattle call.

One of the participants, Jeanne, arrived later than the rest of us and took a quick stop at a little bridge before joining us—she got a splendid photo of an Eastern Phoebe there, at the very spot I usually find my first phoebe of the year. On the way back, the people still hanging out with us detoured to that bridge where we did see the phoebe briefly (but I didn't get a photo) and also a delightful little Ruby-crowned Kinglet. This isn't the nesting season for kinglets yet, this little guy wasn't on territory, and it was mid-morning so he'd had plenty of time to feed, so I played a recording of his song and he flitted around us for several minutes, displaying his crest. I was particularly excited about my photos of him because several show not just his ruby crest but the other bright bit of color on him—the yellow underside of his toes! 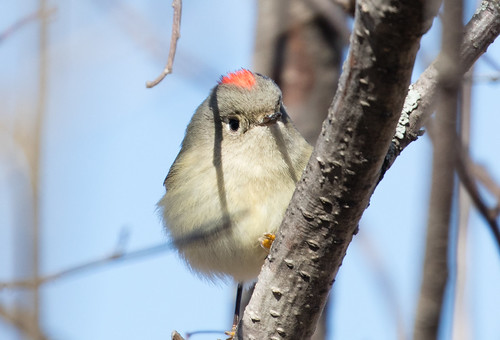 Our total was 29 bird species today, not counting the unidentified buteo we saw flying in the distance.  Also some gray and red squirrels and a muskrat.