Doubling the number of warbler species! 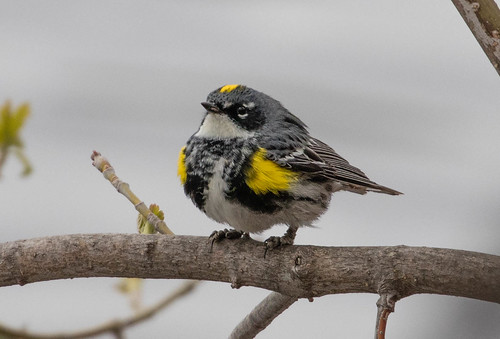 This morning it was still cold enough that I kept my gloves on for our whole spring warbler walk. The trees are still pretty bare and most of our shorebird and songbird migrants are still south of here, but ducks and grebes have pretty much moved on and it was too cloudy for hawk migration, so we didn't quite reach the 40 species mark today that we did last week. We did add a few new birds: a House Wren singing away and a catbird skulking about, plus we had great looks at a few Nashville and Black-and-white Warblers (but no photos), and heard one Pine Warbler singing in the pine trees. So it was a lovely morning, even if we're all impatient for south winds to push more migrants our way. 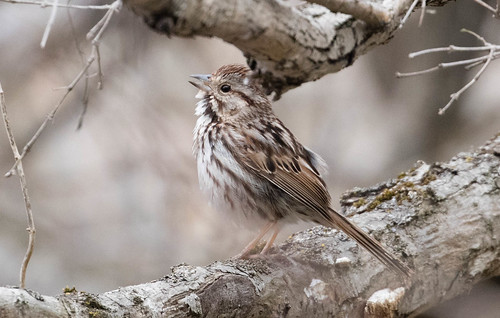 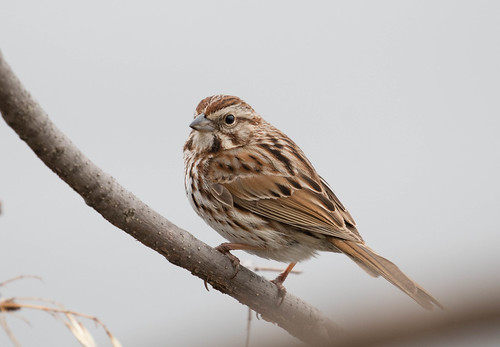 It feels weird to be this far into May with so few sparrows about. In my own yard, I had tree sparrows and juncos still on Monday, and I still have only a handful of White-throated Sparrows—no White-crowns, Harris’s, or Lincoln’s have shown up yet. But even though I'm sad that we haven't had many sparrows yet, I've been delighted, in my own yard and at the Western Waterfront Trail, to see and hear so many Song Sparrows this year. Today they weren't singing so much—we're guessing they must be busy with nesting behaviors now.  But a couple of them gave me some nice photo-ops. 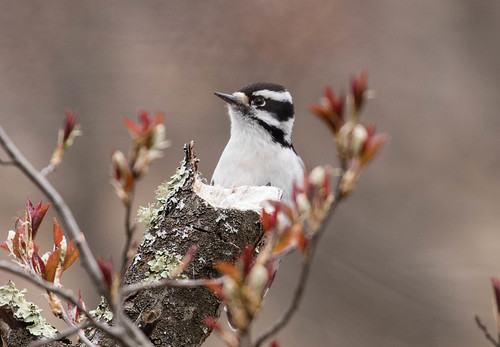 Downy and Hairy Woodpeckers have been pretty quiet—they’re probably busy with nesting, too—but we did spot a couple. White-breasted Nuthatches had been easy to find, with at least three different males singing on territories along our walk through last week, but they also seem to be busy with nesting now. We did spot one individual to bulk up our species list. 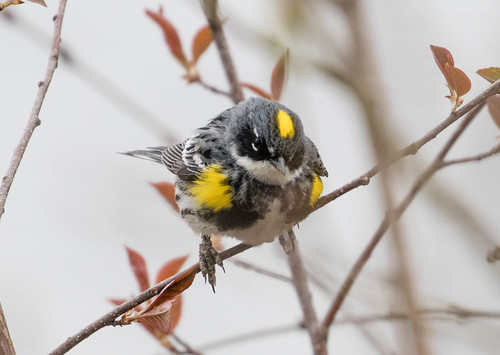 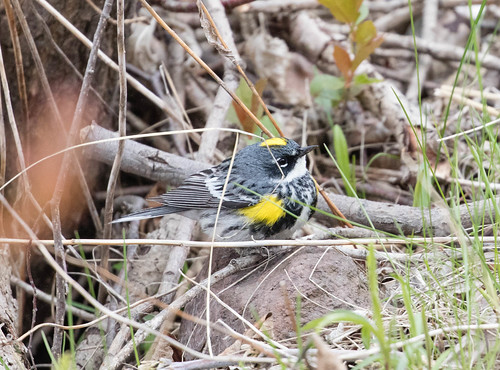 Even as we got those few new warblers, the vast majority that we saw today, and the only ones that let me photograph them, were Yellow-rumps. I love them for their ubiquitousness, their dry chip (and how they often respond to my lame imitations!), their delicately pretty little ditty, and especially for their beauty: both the soft elegance of the females, and the striking brilliance of the males.

Plenty of Ruby-crowned Kinglets were flitting about and some were singing. They were all too active for photos, but everyone got good if quick looks at them. I'll miss them when they move on as more warblers move in, but that's part of the magic of spring migration. And meanwhile, despite the cool temperatures this morning, lots of tiny bugs were swarming about and the kinglets and yellow-rumps put on a great show fly-catching. In another week or so, real flycatchers will be taking over that gig.

We lucked into another John Richardson sighting, running into this great birding guide about two-thirds of the way through our walk. We shared our information and saw some birds together. When he got ahead of us, he spotted a Northern Waterthrush—he was keeping on it until we caught up until some dog walkers scared it away and we missed it. He got ahead of us again, and found 11 Lesser Yellowlegs. This time the first of us to arrive saw them at a distance, and the stragglers got even better looks from closer range after we'd moseyed on. Yellowlegs were new for our Western Waterfront Trail walks this year. 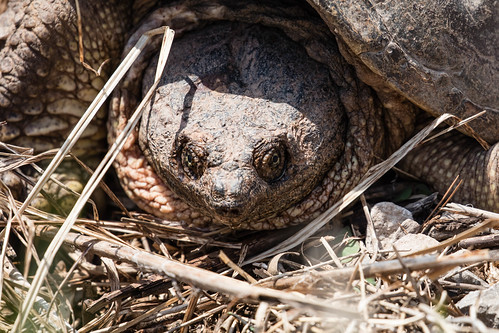 On Friday, my dog Pip and I saw several painted turtles and a huge snapping turtle at the Western Waterfront Trail. We didn't see any turtles today, but on the mammal scene we had gray and red squirrels and a most cooperative little chipmunk.

In coming days the first hummingbirds, orioles, Rose-breasted Grosbeaks, and other cool birds will be turning up. I’m glad I started our warbler walks right at the start of April. We’ve had lots of time to enjoy the early migration, and each time we spot something new for the year, which has happened on every one of our walks, we’ve had time to savor it. When things progress more quickly in the coming weeks, the birding pace will pick up. With luck, we’ll have some frenzied days where the birds are coming hot and heavy, but I still enjoy these more easy-going days.