Life, Liberty, and the Pursuit of Happiness Depend on Clean Air and Water


When I think about the Fourth of July and the Declaration of Independence, I remember the self-evident truths that all men are created equal, that they are endowed by their creator with certain unalienable rights, that among these are life, liberty, and the pursuit of happiness.

The Founding Fathers didn’t envision these self-evident truths about the intrinsic and unalienable rights of man to include all human beings, much less birds, but from the moment of our birth or the moment we start developing in an egg until the instant of our death, the most absolute and ever-urgent need for human and avian life is breathable air; clean drinking water comes in a close second. These fundamental rights, without which liberty, the pursuit of happiness, and everything else cannot exist, were why the Clean Air Act of 1970 passed the Senate by a vote of 73–0 after passing the House 374–1, and the Clean Water Act of 1972 passed unanimously in the Senate and overwhelmingly in the House; Richard Nixon’s veto of the Clean Water Act was quickly overridden by large bipartisan majorities. The essential need for clean air and water won the day. 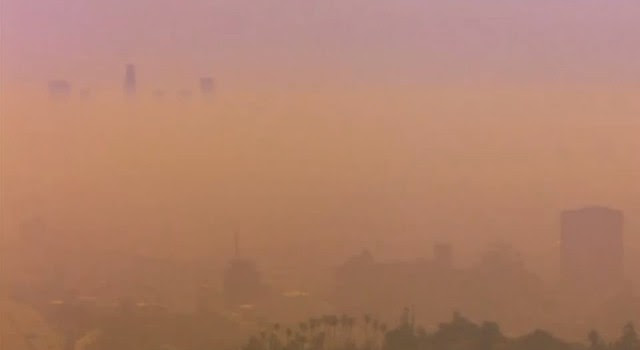 Clean air and water are ostensibly free, but dirtying them up is free, too, and usually easier than cleaning up after spewing stuff into the environment. Whether individual people are burning wood in a fireplace or peeing into a swimming pool, and whether corporations are releasing toxins into air or water, it’s way, way simpler and cheaper to not worry about it than to have to clean up after yourself. Ironically, the reason the Clean Water Act got so much bipartisan support was that some states with extreme pollution problems were starting to make laws limiting toxic emissions. Corporations that couldn’t afford to move to states with less stringent rules or to compete with companies that could decided it would be in their interest to set basic rules for everyone, to at least even the playing field.

Until the late 1960s, pollution was like the weather—everyone talked about it, but no one did anything about it. The problems got so enormous in California that the state started talking about auto emissions long before the rest of the country was willing to do anything at all.  As a matter of fact, it was then-Governor Ronald Reagan who signed into law California’s Air Resources Act in 1967; that same year, the National Air Quality Act allowed the State of California to set and enforce its own emissions standards for new vehicles based on California's “unique” need for more stringent controls.

Yet in 1980, even with the Clean Air Act in place for a decade and California’s more stringent standards in place even longer, California’s total auto emissions were still at abysmal 1970 levels thanks to the state’s 17 million vehicles, traveling 155 billion miles every year in the state. The air was thick with ugly yellowish brown smog. Even with his own first hand experience in California, when Ronald Reagan was elected president that year, he immediately started moving the EPA backward on regulations. And in the 80s, Congress allowed auto manufacturers to circumvent mandated average fuel efficiency for their passenger vehicle fleet by classifying two new types of passenger vehicles, minivans and SUVs, as light trucks rather than what they obviously were, passenger vehicles.

At every step of the way, corporate greed has trumped our fundamental right to clean air and water unless government regulation and oversight stepped in. But the clever tactic of getting people to see the very words “government regulations” as a bad thing, which started in the 1980s, started moving us backward. And with so much corporate influence over Congress, we now have at the very top of the Environmental Protection Agency Scott Pruitt, who built his career out of suing the EPA on behalf of egregious polluting corporations. In the few months he’s been in power, he’s delayed a rule that would require fossil fuel companies to rein in leaks of methane from oil and gas wells, delayed the date by which companies must comply with a rule to prevent explosions and spills at chemical plants, reversed a ban on the use of a pesticide that the E.P.A.’s own scientists have confirmed is linked to damage of children’s nervous systems, and much more.

On this Independence Day, let’s remember that our liberty and our right to pursue happiness are meaningless without our right to breathe clean air and drink clean water. No one, no matter who you supported in the election; no matter what your religious beliefs, your education level, your socioeconomic status—no one can live without clean air and water. Please urge the president and your representatives in Congress to defend our environment. Don't send us back to the days of smog and burning rivers all over again.