America: the Land of the Free and Brave Chickadees 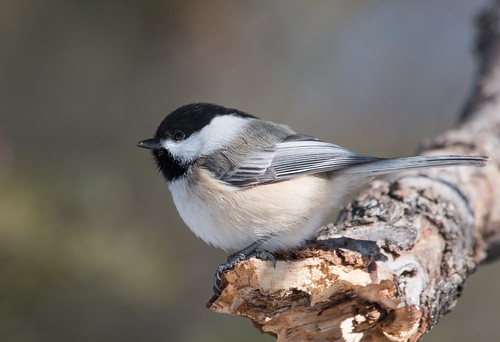 On Independence Day, I like to think about the essential elements of my country that make me proud to be an American. The songs that most famously express patriotism focus on the natural beauty of this nation, "from the mountains to the prairies to the oceans white with foam," celebrating America being "beautiful, for spacious skies, for amber waves of grain, for purple mountain majesty above the fruited plains." And our national emblem is neither gold nor silver nor any other symbol of materialism—it’s a Bald Eagle. 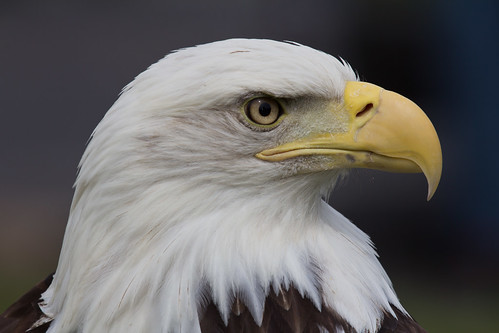 The Declaration of Independence set forth ideals of community that the Founding Fathers themselves did not live up to, holding as self evident truths that “all men are created equal, that they are endowed by their Creator with certain unalienable Rights, that among these are Life, Liberty and the pursuit of Happiness. That to secure these rights, Governments are instituted among Men, deriving their just powers from the consent of the governed…” These very words were a refutation of the concept of slavery, even as so many Founding Fathers themselves were slave owners.

Liberty within a democracy depends on an educated public, so Thomas Jefferson was a strong proponent of publicly funded schools for all “free” children, girls as well as boys. The man who wrote “all men are created equal” did not promote education for slave children, who would have had a visceral sense of the obscene contradiction of a nation claiming liberty and justice for all while allowing slavery. It’s ironic and unsettling that the man whose words embodied one of the great and unique principles upon which our democracy rests did not take them to heart in his own life. Nevertheless, it's wonderful that almost two centuries after his death, even as we ever fall short of those ideals, Jefferson’s words endure, a lasting reminder of what we should be aspiring to.

Chickadees know, even without reading old documents, that all birds are created equal. They readily invite into their social flocks every other little songbird. Good capitalists, each chickadee amasses a stockpile of food against future shortages. And good socialists, each chickadee knows if its own stockpile gets destroyed in an ice storm or bolt of lightning, all the other chickadees will share their stockpiles. Chickadee flocks embody in the real world the truest ideals of community.

Chickadees sort out their differences by enforcing a strict hierarchy within each flock that roughly corresponds to their ages and fitness. Each chickadee’s place in the hierarchy is fairly stable, but year after year as they individually gain in wisdom and experience, they ascend the ladder.

When chickadees encounter another flock or another small songbird of a different species, they don’t squabble—chickadees are not into tribalism or exclusivity. Their sense of community encompasses woodpeckers, nuthatches, creepers, kinglets, warblers, and vireos. If you’re a stranger in a strange land and come across a chickadee, you’re alone no more. They share local information, helping strangers as well as friends to avoid predators and other dangers, and also share their food and water resources. When a manageable danger, such as an owl, appears, chickadees band together to attempt to drive it away. When an unmanageable danger appears, chickadees warn one another as they each use their wits so the community will endure.

In other words, chickadee flocks do everything the preamble to our Constitution laid out as the purpose of government: they form a more perfect Union, establish Justice, insure domestic Tranquility, provide for the common defense, promote the general Welfare, and secure the Blessings of Liberty to themselves and their Posterity, all by recognizing the most basic tenet of ecology: diversity equals stability.

Chickadees live free or die without squelching the freedoms of other individuals or groups. They seem meek and mild, but any bander who has ever held one against its will knows that chickadees resist capture and pack a wallop harder than even Blue Jays, which weigh more than seven times as much. Every chickadee embodies steely self-determination as well as sociability. 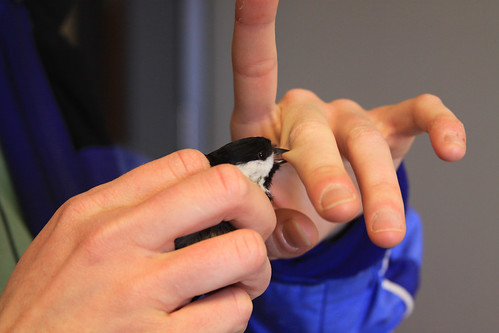 So on this Fourth of July, I’m remembering that America is indeed the land of the free and home of the brave Black-capped Chickadees, embodying the very best that we human Americans, individually and as one big community, can aspire to. 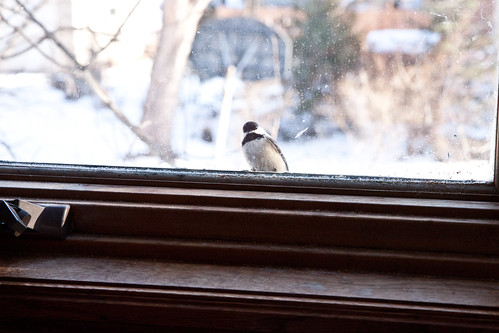