I found my way to Hawk Ridge for a little while Wednesday afternoon. We’ve been having a good migration there, and September is the peak of migration. I wasn’t expecting to see much, but like I always say, birding is like a box of chocolates—you never know what you’re going to get, but it’s certain to be sweet.

And as it turned out, the day was wonderfully sweet. Broad-winged Hawks were kettling and streaming by at 3 pm, so high up that they looked like tiny pepper specks, but there were a few lovely kettles so high up that they cut over the lake rather than clearing it first. Hawks are reluctant to fly over open bodies of water, but when they see the other side and are up so high they know they can get across even if they lose their thermals or encounter a sudden downdraft, they can take advantage of the shortcut.

It was fun listening to Hawk Ridge’s naturalist, Clint Nienhaus, trying to get people’s eyes on the birds—when birds are that high up, they sort of disappear into the sky and clouds, so usually the best strategy for finding them is to scan the sky in the right area. This grows easier and easier as you get older and have seen so many more hawks, but harder and harder as you get older and have more and more floaters in your eyes to confuse the issue. I’ve discovered that as I get older, it gets increasingly important to keep my binocular lenses pristine to find very distant birds in the sky. Clint did a great job of getting people focused on the right patch of blue or dark gray cloud or band of bright white clouds, so most of them saw the birds.

Somehow it’s not so satisfying to see raptors from such a great distance as it is up close and personal, when you can see the gleam of their eyes, but for me there’s something magical in witnessing the birds having ideal conditions for their needs, not ours. Broad-wings need to cover a lot of ground between here and South America, and that’s exactly what is happening when they’re so high up.

The official counters ended the day with 6,128 Broad-wings—a splendid total for so late in the month, bringing the season’s total to 36,739. The biggest day of the season, September 17, which happened to be the Sunday of Hawk Ridge Weekend, counters tallied 26,279 Broad-wings.

I saw three Sharp-shinned Hawks during my brief time at the Ridge. This has been a big year for them—this past Sunday, September 24, fully 2,515 Sharp-shinned Hawks were counted, setting a new all-time high for a single day by a big margin—nearly 500 birds more than the previous record set on October 8, 2003. This week’s hugest day came the day after they’d counted 1,753.

A nice wedge of cormorants flew over while I was at Hawk Ridge, and a smattering of Turkey Vultures, but I cut away from the crowds for a little while, finding a cozy corner where I spent time with a young White-crowned Sparrow and a chickadee flock. 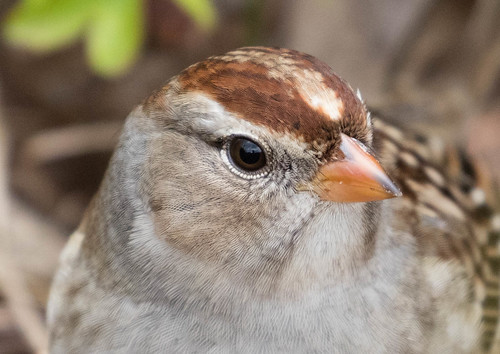 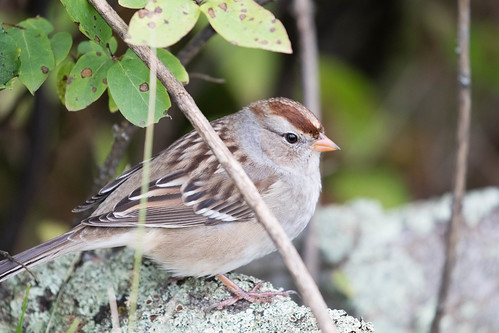 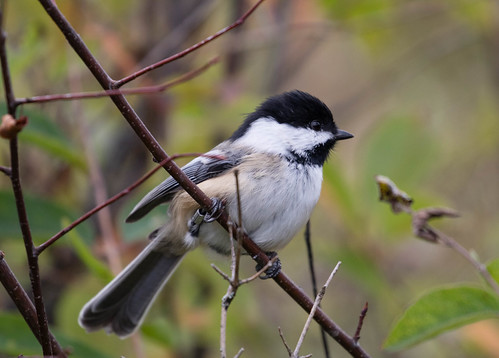 This week people have been spotting Yellow-headed Blackbirds here and there. According to the Duluth Birding Report compiled by Jim Lind, “John Richardson saw three YELLOW-HEADED BLACKBIRDS on the 26th at Agate Bay in Two Harbors, and he saw one on the 25th at Hawk Ridge.  Peg Robertson saw one in Tofte on the 25th at the Holiday gas station.” That one particularly intrigues me, because the gas station owner in my neighborhood told me a Yellow-headed Blackbird had spent the entire next day feeding on bugs on the windows at our gas station.

Parked on the side of the road, I saw definite proof that people gravitate to Hawk Ridge from all over, north to south and west to east. 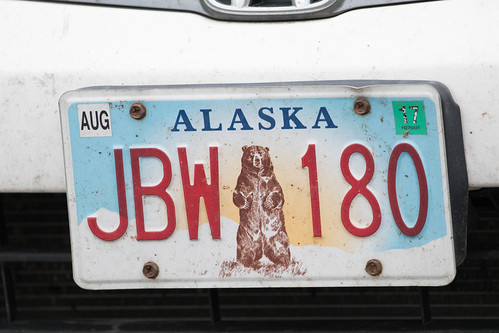 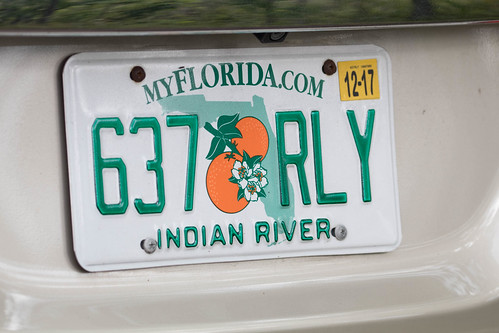 Migration for most species is peaking or even beyond the peak now, but some northern species are just revving up, and October’s migration of goshawks, eagles, and other northern specialties promises to be a good one. Head on up to Hawk Ridge to enjoy the spectacle. 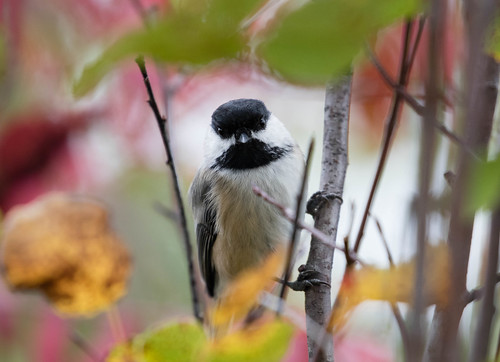