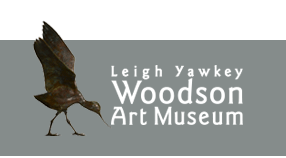 In 1976, Russ’s and my first year living in Madison, Wisconsin, the Leigh Yawkey Woodson Museum in Wausau started putting together an annual exhibit every fall titled “Birds in Art." This is a juried art exhibit with extremely high standards. Each year, one “Master Wildlife Artist” is invited to display a body of work showing birds in art. Owen Gromme was the first Master Wildlife Artist; in subsequent years he was followed by such luminaries as George Miksch Sutton, Roger Tory Peterson, Don Eckelberry, Arthur Singer, Robert Bateman, Andrea Rich, and J. Fenwick Lansdowne. After selection as a master artist, these artists receive an ongoing invitation to submit new work to subsequent Birds in Art shows, but the vast majority of pieces shown at the exhibit are selected by the jury.

Two artists, Guy Coheleach and Maynard Reese, have had a painting in every single Birds in Art exhibition from 1976 on. This year, Reese, who is now 97 years old, submitted a new painting of Mallards flying into a lake; Coheleach’s striking work shows the massive roaring Yellowstone Upper Falls, with a Black-billed Magpie in the foreground.

I fell in love with one painting of Guy Coheleach’s a long time ago—perhaps when he was the Master Wildlife Artist in 1983. The painting showed six baby Black-capped Chickadees, just fledged, clinging to a branch just outside their nest cavity. Five were huddled together in that clueless, sweet way new fledglings have, their wide gapes giving their mouths a downturned, confused look as they waited for a parent to zip in for a feeding; the sixth was scrambling up toward them, having a harder time hanging on than the others.

The moment I saw that painting, it became my favorite piece of wildlife art of my entire lifetime. When we discovered it, we were paying 15% interest on our mortgage, I was pregnant, and Joey was a toddler, so no way could we have afforded a print, but I never forgot it. Unexpectedly, last week, out of the clear blue sky, what should arrive in my mailbox but a 4x5-inch print of that very painting—a kind gift from Frances Walinsky and her mother. Fran had been corresponding with me since August with some bird questions, and knew of my love for chickadees and that very art print; her mother gave her blessing to give her own copy to me. It’s just the right size for my desk, and every time I look at it I smile.

The thrill of getting that lovely print may have been part of the reason I suddenly had a strong hankering to get to the Birds in Art exhibit this year, but another big reason is that one of my own friends had a work accepted for the show this year. Kenn Kaufman, famous for his conservation and education work and several books, including one of my favorite field guides, painted a stunning Bateleur Eagle after a recent trip to Kruger National Park in South Africa with his wife Kimberly, and I knew this painting had been selected for the exhibit.

So this past weekend Russ and I decided to make a day trip to Wausau—the first time I’ve been there since 2013. We have trouble getting away together now that his 98-year-old mom lives with us. We couldn’t leave until 9:30, after she’d finished her breakfast and we’d set out her lunch, and we had to be back to make dinner. Wausau is more than a 4 hour trip each way from here, so that didn’t leave much time for walking around the museum, but we had a lovely time, fully justifying the long drive time.

This also gave me a chance to catch up on my collection of Birds in Art Catalogues—my set goes back to 1992, missing only 1993. The catalogues are splendid, showing every work in that year’s exhibit.


This year’s Master Wildlife Artist, Don Rambadt, is a metalworker, and his sculptures were simply stunning.

Kenn Kaufman’s painting was even more magical in person than in the small digital pictures I’d seen online. And besides the juried exhibit, there was a room displaying some of the museum’s permanent pieces depicting birds in flight—that included some stunning works going back to Louis Agassiz Fuertes.

Russ hasn’t been to the exhibit for quite a few years now, and thoroughly enjoyed it. We both love how different artists see birds, many in the context of people: Michael Budden's oil on canvas of urban pigeons and sparrows at the feet of people sitting on a bench eating lunch; Robert Caldwell's oil painting of a Mourning Dove perched on heavy farm machinery; Janis Mattson's haunting graphite work depicting an American Crow sitting on a decrepit barn under an ominous sky as other crows fly in; John C. Pitcher's sad acrylic titled "A Murder of Crows," showing a pile of murdered birds—crows, a Blue Jay, and a Barred Owl—a shotgun shell telling the story; Suzie Seerey-Lester's gorgeous acrylic of a Barn Owl "Asleep in the Saddle"; Rose Tanner's oil on linen depicting birders in Queensland, Australia, looking out at a rare bird as a fairy wren perches atop one of their hats.

I love when artists play with pure white birds; Laurence Saunois's White Peacock Pigeon oil on canvas took my breath away. Some of the carvings are shockingly realistic—Larry Barth's American Bittern, Patrick Godin's pair of Barrow's Goldeneyes, and Thomas Jay Horn's Violet Sabrewing, all done with acrylics on tupelo, could have been mistaken for living birds. And the realistic works contrast so beautifully with some of the more whimsical pieces. Some metal carvings are exquisitely minimal, and Mark Eberhard's wonderful, blocky Hooded Merganser pair seemed a three-dimensional version of the best of Charlie Harper.  There was too much extraordinary art to describe in mere words, so the best I can do is encourage you to head out to Wausau.

The Birds in Art exhibit will be on display through November 26, when it will go on tour in five cities from New York to New Mexico.  I can’t recommend this unique exhibit highly enough.
Laura Erickson at 8:52 AM
Share