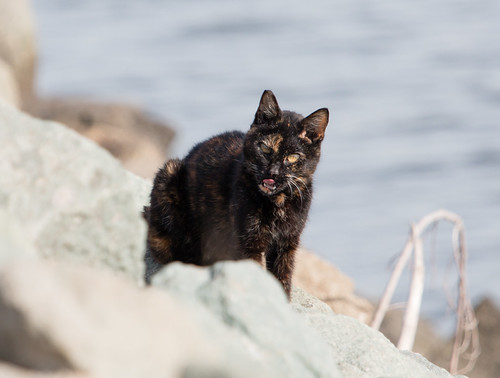 I belong to a private Facebook group that shares information for those of us fighting to keep cats indoors. Many of the posts link to studies about cat transmission of diseases to humans and wildlife, or to new research about the effects of outdoor cats on wildlife. One of the posts this week started with a stern warning.


Warning: If you have a soft heart, don't watch this video.


I took that to heart and didn’t watch the video. But I did read Gus Keri’s words. He lives in Brooklyn, New York, and writes:


I went to Calvert Vaux Park this afternoon in search of the Vesper Sparrow that was reported there. I arrived within 30 minutes of the tweet but the bird had magically disappeared. There were a few kinglets and sparrows in the area including a White-crowned Sparrow, but no Vesper. I saw a cat roaming the area, so I assumed the worst for the Vesper.

After searching for an hour, I gave up and went on birding in other parts of the park. Before the sunset, I decided to go back and see if I could find it. There were the same sparrows and kinglets but no Vesper.

Before leaving I noticed two cats sitting quietly, watching something. It was this Golden-crowned Kinglet feeding on the ground.

I suspected the cat was going to catch the bird, so I decided to record a video and see if I could capture the moment. A few seconds after I started recoding, the cat caught the bird and ate it and I recoded it all on this video.

And then, it hit me. A sinking feeling overwhelmed me. It was supposed to be a triumphant moment for me. But strangely, I felt very sad. I felt like the cat had violated me personally. Why? I don't know.

I watch nature documentaries all the time and I enjoy when predators capture prey and eat them. It is all part of nature, I would think. Then, why did I feel sad here? Is it possible that since I started birding, my relation to birds became a personal one?

Now, I don't see birds as just other creatures. I care for them. I want them to thrive and do well. I care for them like I care for humans. I probably see them as family members. Nothing against cats. They are also creatures and do what comes natural to them. But I care about birds more now.

While walking toward my car, I turned back and saw the two cats still in the area where 3 or 4 more kinglets and a few sparrows had been foraging on the ground. Some of these birds will not be lucky enough tonight, and will not reach their wintering ground at all.

When I was a licensed wildlife rehabber, people brought me cat-injured birds far too often. The damage caused by even a brief bite could be horrific. One woman brought me a White-breasted Nuthatch, still barely clinging to life after her cat had ripped out its entire tail—not just feathers but skin, muscle, and the pygostyle—the lower end of the spine. Birds don’t usually bleed out, and feathers are designed to cover a lot of skin, so she had no idea that the bird was mortally wounded. I remember her leaving with a smile—I’m sure she felt virtuous for bringing it to me to save. 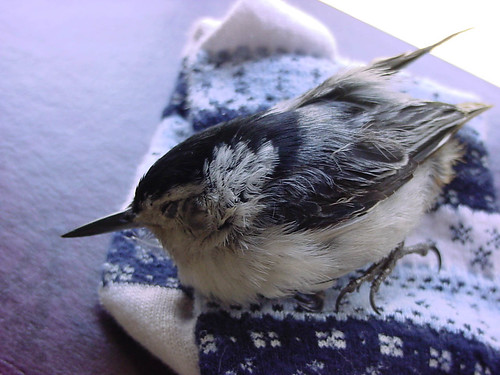 Gus’s video is not like one of those nature documentary videos he mentioned in one important way. Unlike natural predators in a natural ecosystem, domestic cats, especially outdoor pets and those in trap-neuter-release programs, are subsidized killers, supported by artificial feedings and even veterinary care. They don't move on or starve when they've depleted their prey base as natural predators must. Cats that even just toy with birds and rodents, much less consume them, are the ones most likely to carry deadly toxoplasmosis, which infects people when those cats use a garden bed or children's sandbox as a litter box. Cats are also the domestic animal most likely to carry rabies.

I can’t bring myself to look at Gus's video, but I hope every person who subsidizes cats lurking on the natural scene watches it good and hard. Thanks, Gus, for making it available.
Laura Erickson at 6:05 PM
Share
‹
›
Home
View web version