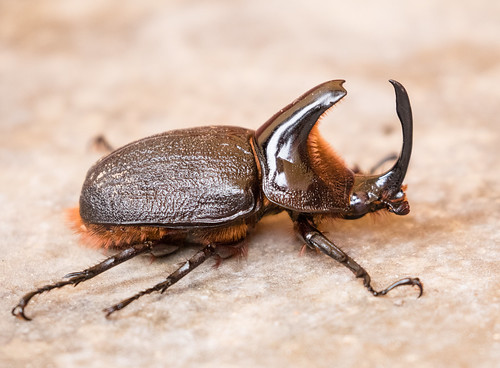 In May, the American Association for the Advancement of Science’s journal, Science, published a story, “Where have all the insects gone?” summarizing several long-term studies based on bodies of data from nature reserves and other areas in western Europe and America, documenting massive and dramatic declines in insects. I’ve been noticing and talking about the declines in insects that I have noticed many times since I started producing For the Birds in 1986, most recently in June after that article in Science.

I’m thrilled that researchers are finally publishing long-term studies establishing that insect populations are declining globally. On October 18, PLoS ONE published a paper titled, “More than 75 percent decline over 27 years in total flying insect biomass in protected areas.” The 12 authors analyzed data from a 27-year study in 63 nature protection areas in Germany. They found a 76 percent seasonal decline and an 82 percent mid-summer decline of flying insect biomass. This decline was consistent regardless of habitat type.

And on October 21, Michael McCarthy wrote an article for The Guardian titled, “A giant insect ecosystem is collapsing due to humans. It’s a catastrophe.” This article starts out focusing on an American biologist, Terry Erwin. Thirty-five years ago, Erwin used an insect “fog” to collect all the small living things in the canopies of 19 individual trees, all of the same species (Luehea seemannii), in a rainforest in Panama He recorded about 1,200 separate species, nearly all of them beetles and many new to science; he estimated that 163 of these species would be found on just this one tree species. He also estimated, based on what he’d collected and the fact that there are about 50,000 different tropical tree species, that if each tree species supported roughly 163 unique beetle species, that there must be more than eight million species of beetles alone in the tropical rainforest canopy, and the total canopy fauna, including insects, spiders, and millipedes, would support 20 million species. When you added species on the forest floor, he thought the total number of species could be as many as 30 million.

This was all pretty speculative, so entomologists have been arguing about the numbers ever since. But whatever the number of insect species, and the number of individual insects is, it’s huge, but also it’s falling dangerously. The Guardian article gets into why it matters. A great many crops are insect-pollinated, as are the vast majority of wild plants. As Michael McCarthy writes:


Furthermore, insects form the base of thousands upon thousands of food chains, and their disappearance is a principal reason why Britain’s farmland birds have more than halved in number since 1970. Some declines have been catastrophic: the grey partridge, whose chicks fed on the insects once abundant in cornfields, and the charming spotted flycatcher, a specialist predator of aerial insects, have both declined by more than 95%, while the red-backed shrike, which feeds on big beetles, became extinct in Britain in the 1990s.
Ecologically, catastrophe is the word for it.

Michael McCarthy wrote a book, The Moth Snowstorm: Nature and Joy, about his boyhood memories of the insects in his aunt’s garden. Tomorrow I’ll talk about his book and about his take on why the decline in insects is such a terrible tragedy.