LISTEN to this podcast/radio program here. 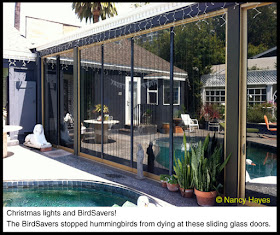 The Vikings’ US Bank Stadium was built with bird-killing glass despite how many of us tried to persuade them to build it of a safer, more energy-efficient material, such as the glass in the new Dallas Cowboys’ stadium. A lot of our own houses are also built with bird-killing glass windows, but it would be prohibitively expensive to put in all new windows. This week I talked with Jeff Acopian, a Pennsylvania engineer who invented a reasonably inexpensive yet very effective solution for protecting birds from window collisions, researched and endorsed by the one scientist who has been focusing on window kills his entire career, Dr. Daniel Klem. Jeff told me more about his Acopian BirdSavers, which he nicknamed Zen Curtains.

J: Hi, Laura! We actually call them Zen Wind Curtains, because when they blow in the wind, it has kind of a calming effect on people. 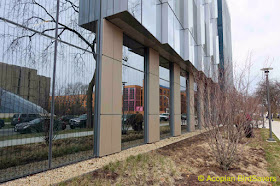 L: That's even cooler!  Did you have any personal experiences with bird collisions that made you motivated to do something about the problem?

J: Yes. Back in the early 1980s, we had birds that were hitting our house—our home in Pennsylvania. And it was really very distressing to us. It seemed like a lot of the birds we saw dead were interesting species as well, which was even more distressing. The rarest bird we ever saw was a Yellow-billed Cuckoo. I never even knew they existed here. This was when I was in my teens. We saw this dead bird--it looked so strange because we'd never seen one alive. 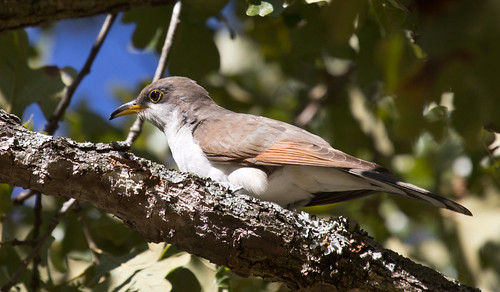 J: And we've also had thrushes, juncos, and cardinals...just typical—any bird that flies around. We figured we wanted to fix this problem. I don't know if you remember back in those days, they had these beaded curtains that people would hang in their doorways?

L: Oh, yes--Rhoda had those on the Mary Tyler Moore Show.

J: Right. So what we did was take those beaded curtains apart and we hung each of those strips of beads about 4 inches apart on the windows outside, and that worked! It stopped birds from hitting the windows. 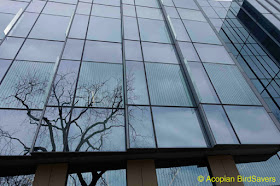 L: I'm curious how you even thought of parachute cord. Do you have experience with parachutes?

J: Well, actually, yes. Back in the '60s my dad used to parachute. He was one of the first people to do sport parachute jumping. All I know is I wanted to put something there that would replicate the beads and replicate the bamboo poles, and it seemed like parachute cord would be good if it worked, because it's supple, it lasts long, and it looks good.

J: People who haven't actually seen BirdSavers, they see the words cords on the window and they think, "Oh, boy! That's gonna look horrible!" But then when they actually see BirdSavers on a window, their opinion changes, because they look so good and they don't really obstruct the view. And people can do it themselves if they want to. We actually give DIY instructions on the BirdSavers website on how to do that, but I know a lot of people won't want to make them, so we will make them for people. But, really, the idea is just to get the message out there that this can be done easily.

J: I actually know someone who wrote me an email from Sweden. They made BirdSavers but they put curtain fixtures on the outside of the window, so at certain times they would roll them back just like a curtain. So they did that with BirdSavers.

L: I have a link to BirdSavers on my blog along with windows with Zen Wind Curtains. I asked Jeff what he most wanted us to remember. 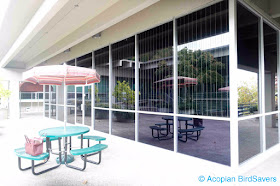