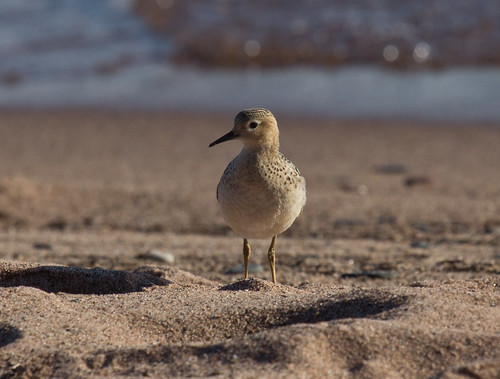 Every year as Mother’s and Father’s Day roll around, my friends tell stories about the wonderful relationships they have or had with their parents, and about the deep-rooted values one or both of their parents instilled in them. They use these holidays to remember and share the best that they got from their parents.

Complicated familial relationships make grief more complicated, too. My sister Mary and I were very close, and I was heartbroken when she died after dealing with cancer for 14 years. But that was simple grief—I still think about her almost every day, still miss her, still wear some special things she gave me. For several months after she died, I’d call her house when I knew no one was home just to hear her voice on the answering machine. I think of her every time I see Monk Parakeets, because I often heard them calling when I was visiting her. That was simple, uncomplicated grief.
It was different when my parents died. Both times, my grief was stirred into a complex stew of guilt, anger, regret, and relief rather than simple sorrow.

My father died on Labor Day in 1980, which was the day before school started where I was teaching. It was sudden and very unexpected—he was fifty years old, and he collapsed with a heart attack at the Chicago firehouse where he worked, so first responders were right there.

At the time, whenever Irish Catholic Chicago firemen died, their families held a wake lasting two nights so that firemen on duty one night could show up the next. My dad’s wake would start Wednesday afternoon. I wanted my students to have a normal first day of school, and needed time to get everything ready for a substitute for the rest of the week. So I worked all day Tuesday and Russ and I left for Chicago on Wednesday morning.

The wake and funeral were very intense. It was lovely but disconcerting and distressing to hear my cousins telling stories about their beloved Uncle Jim—he spent more time with them, including on holidays, than he ever spent with us, and with them he was fun, funny, and generous—qualities I'd never associated with him. His wife at the time, who had married him less than two years before, told me that the fire department money she’d be receiving would go to her daughter’s college education, and went on and on about how proud my dad was about his step daughter going to college.

I tried to maintain my composure—I got to go to college only because my high school teachers got me a scholarship that didn’t require any of the parental income verification paperwork required for normal college scholarships, because my dad had refused to fill out any of those for us. I’d graduated first in my high school class, but my parents went to my graduation only because my grandpa showed up at our house—they had to scramble to get dressed so he wouldn’t realize they hadn’t planned on going at all. My grandpa died the next year, and so there was no one to shame my dad into showing up for my college graduation.

I was the only one of the five of us who managed to get to college at all. My sister Mary dearly wanted to go, but without some sort of financial aid, she thought it was out of reach. To hear about his pride in a girl we’d never met was hurtful, but I couldn’t betray that, nor could I resent the girl for things as much out of her control as out of mine. I got through the three-day ordeal without betraying any anger or bitterness. But neither could I cry. Throughout that week, I didn’t shed a single tear.

Bitterness doesn't change nothing and I knew it would cast a shadow over my future as well as my past. As we drove home to Madison after everything was over late Friday, it was impossible for me to tease out how I felt—I was lost in a hurricane of emotion. First thing in the morning I headed out to my beloved Picnic Point. Somehow spending time with birds always clears my head and helps me deal with the problems I’m facing.

I started out at what’s called the 1918 Marsh. Dense morning fog made it impossible to see all but the closest birds, somehow fitting my black Dickensian orphan mood perfectly. I could hear a few Mallards quacking and blackbirds sputtering, but being September, most birds were as silent as the grave. I walked around the pond with my hands in my pockets, my binoculars rendered useless until the fog lifted. At the far end of the pond, in the clipped grass of the student playing fields, I saw four birdlike shapes, ghosts rising from the earth—Marley and the ghosts of past, present, and to come arriving on the scene together.

I walked toward them, my gait slow as much from my dark mood as because I didn’t want to scare them—at this point, they really did seem more like ghosts than real birds. They stayed put, standing still or gently probing the grave-like earth below, heedless of the lost wanderer approaching them. The morning was brightening, the fog gently lifting, and little by little, my ghosts seemed to take on a more corporeal form, as sandpipers. But they weren’t quite like any sandpipers I’d ever seen before, appearing almost dove-like with their soft brownish buff plumage and large, innocent eyes.

The fog was lifting in my brain at the same time, as the specters materialized into Buff-breasted Sandpipers—the first I’d ever seen, these lifers arising from the ashes of my messy grief. They allowed me to approach strangely close as they remained silent and unwary. When I dared walk no closer, I sat down in the wet grass and watched them, these birds that just days earlier had been up on the open tundra in the Arctic Circle and were taking momentary respite on their long journey to the pampas of Argentina. Something about their quiet, calm stillness reassured me. Faith in a benevolent universe had carried these birds this far, and they didn’t seem worried about tomorrow or bitter about the storms they’d weathered.

Suddenly, I realized I was sobbing—the first tears I’d shed all week. These were tears of release, washing from my soul all the resentment, anger, and frustration. For the first time, I was feeling simple grief for my dad.

Those Buff-breasted Sandpipers showed up exactly when I needed them. I don’t know how long they stayed in that grassy place, right near me, but it was exactly long enough. I didn’t move or stand up until they finally took their leave, winging toward the rising sun, leaving me with a peaceful acceptance for the first time in my life. Those four Buff-breasted Sandpipers were the Best Birds EVER! 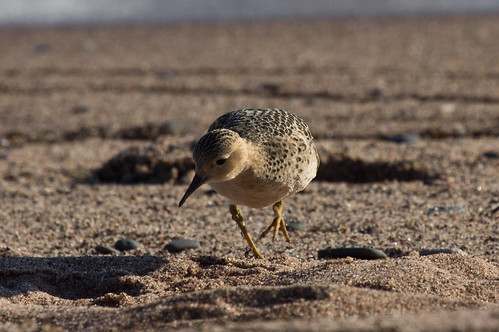 You can see all of "Laura's Best Bird EVER!" posts linked here.
Laura Erickson at 12:00 AM
Share
‹
›
Home
View web version