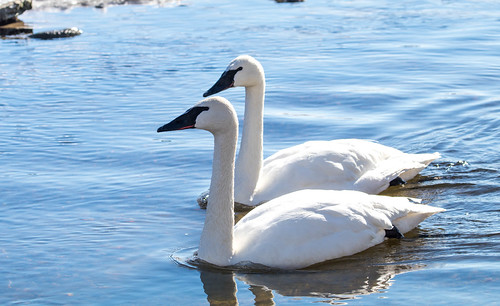 On August 4, my daughter Katie, who put together my website and the amazing database that powers it, married Michael Geraci, who drew the two Black-capped Chickadees at the very top of almost every page (except the blog). Playing the role of “mother of the bride” for the first and last time in my life, I was pretty busy in the weeks leading up to the wedding, which meant that I didn’t have time to write new blog posts and podcasts for over a month.

Taking a full month off of day-to-day responsibilities is a luxury unknown in the natural world, and in the natural world, weddings are unfathomable. Swans, geese, cranes, and Florida Scrub-Jays, which all form more solid, permanent pair bonds than we mere humans do, or at least have far lower divorce rates, don’t need any kind of public affirmation or ceremony to cement their commitment to one another and the family they will be creating. And what birds could possibly take weeks or even just days out of their own busy lives to help their offspring forge a pair bond commitment, when they themselves have to renew their own vows and produce new offspring? Imagine Wisdom, the 67-year old (or even older!) Laysan Albatross who raised another chick just this year, had she been required to take time out of this year’s breeding responsibilities to just attend—much less actually help in—the planning and execution of commitment ceremonies for the dozens of young she’s raised in her many years. And if parents can’t take time out of their lives for this, how could a bird’s friends or more distant relatives?

When courting is the order of the day, no sensible bird wants his or her parents, siblings, or anyone else interfering, and birds hardly need a marriage license to ensure their fidelity. It’s not like geese, swans, and cranes don’t maintain ties with their relatives and friends, either—migrating flocks of all three often include “kissing cousins” and others with proven ties to one another. Migratory birds with strong family ties seem to relish these get-togethers during spring and fall, when mixing it up with friends and family is the order of the day.

But even when engaged in these boisterous reunions during migration, birds can’t afford to stop doing what daily life demands for even a moment, much less a month. Hawks can afford to miss more birds than they hit—like major league baseball hitters, a 300-batting average is plenty good enough, and even slugging below 100 can be enough if, like a MLB pitcher, they have other strengths. But the birds those hawks are after can’t afford to be hit even once—any bird not batting 1000 against the hawks is dead meat literally. As the Washington Nationals learned the hard way just last night, even when you seemingly can't lose—say you’re up 3-0 in the bottom of the ninth with two outs and the rookie Cubs batter at the plate has two strikes—one single pitch can end it for you.

Even as we humans invented baseball and so ostensibly realize how quickly things can turn against us, we’ve constructed our lives to prevent sudden, unexpected losses. Our cars have seat belts, shoulder harnesses, and airbags, we expect the Food and Drug Administration to enforce food and pharmaceutical safety and OSHA to ensure our safety at work, and worker protection laws for generations have allowed us to compartmentalize our work so the vast majority of us have the luxury of going to bed each night with a pretty solid certainty that we will wake up alive in the morning. It’s not that birds brood about the dangers of everyday life—worrying itself would take their focus from actively engaging in each present moment. But if they’re not spending their time worrying, birds are also not spending it on frivolities like baseball and weddings. We may use cooing doves and lovebirds as symbols of human couples, but you’ll never see a real dove or lovebird wedding.

So of all the species on the planet, only we humans take time off now and again to plan and attend weddings of our children, relatives, and friends, or to watch that rookie Cub David Bote hit a stunning walk-off grand slam home run. But after the festivities are over, even we mothers-of-the-bride and Cubs fans have to come down to earth and engage in real life again.