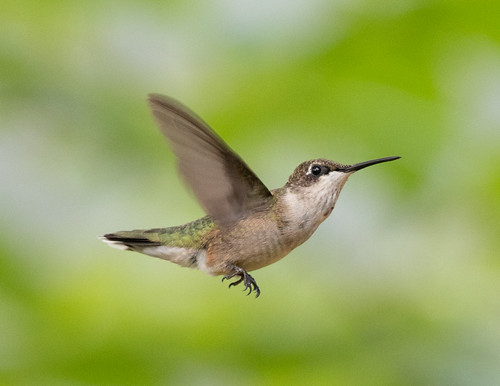 February may be the shortest month as measured in hours and minutes, but it’s by far the longest as measured in moments we spend wishing it were over already. And this year, Duluth’s snowiest February ever seems to be lasting even longer than usual, with this week’s deep-freeze making me more impatient than ever to get the month over with. As I open my window to set mealworms out for my chickadees, I can’t help but yearn for the days ahead when my bird-feeding rituals won’t involve blasts of frigid air and will involve hummingbirds.

I suppose it's fitting to be impatient for hummingbirds, because these minute packets of energy and testosterone are nature's finest tributes to impatience. Hummingbirds seldom sit down to enjoy a meal--their wings stay in high speed motion, over a hundred beats per second, even at the sweetest, most nectar-filled flower, ready and set to go on to another flower the moment this one no longer satisfies. 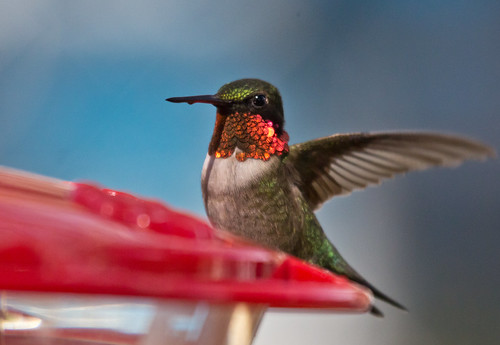 Male hummers are as fickle as children opening Christmas presents. The first flower, or mate, may fill them with joy, but a moment later they've already moved on to the next. This readiness to move on is so deeply characteristic of hummingbirds that you'd think people who moralize about nature would dislike them, but we're as tolerant of a hummingbird's exuberantly greedy restlessness as we are of child's on Christmas morning.

Hummingbirds have an iridescent beauty unmatched in the bird world, and their diminutive size—three Ruby-throated Hummingbirds would roughly balance one chickadee—makes them all the more endearing. The words people use to describe hummingbirds sound like exaggerations—glowing, jewel-like, brilliant, sparkling, dazzling—yet even those words fail when a sunbeam suddenly strikes, setting a ruby throat afire.

Female Ruby-throated Hummingbirds lack the gaudy brilliance of the males, yet they are just as endearing. Like males they are constantly on the move, except when on their nest. It's ironic that this is the only time they seem sedate and calm, when their whole bodies are seething with the heat of anticipation, their metabolism generating an abundance of body warmth to hasten the day their two round packages will open. 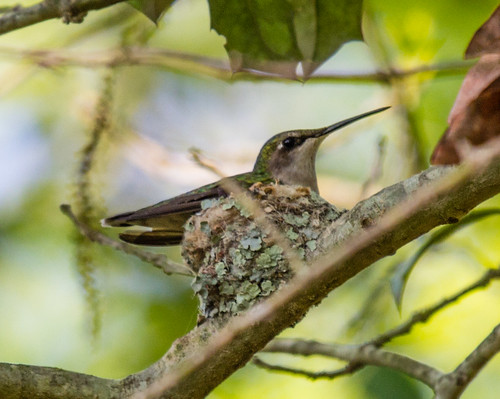 Hummingbirds arrive in the northland in early May, and although the trend of earlier springs seems to hasten them on a few days earlier now than decades ago, we still can't hope to see them before the last week of April. I’ll be eagerly watching for the first sapsucker to alight in my aspen tree, knowing that its drill holes will be a hummingbird's meal ticket until flowers open.

I track how hummingbird migration progresses on the Internet. Every year since 1996 I’ve been watching Lanny Chambers’s website at hummingbirds.net—people sent him word when hummers turned up, and he painstakingly added the points to his map, showing migration creeping ever northward. But in a tragic bow to progress, for the first time in 23 years, Lanny can’t do his annual map. He writes:


Google has stopped offering free, anonymous use of its map API, which partially automated the location of sightings by zip/postal code using a utility a smart fellow wrote for me (and which I do not understand). I am not interested in fundraising, learning API programming, or opening a Google developer account. As a result, producing this map is no longer practical, and I'm not looking for alternatives. Thanks to all of you for your participation and support over 23 migration seasons, and my apologies for any inconvenience.

Lanny refers people now to the Journey North website. The dots entered before March 1 are much too pale for my 67-year-old eyes to see, but they’ll grow darker in two-week increments starting Friday. You can track them at journeynorth.org. When the map shows one in central Wisconsin or Minnesota, I’ll start putting out my feeders.
Meanwhile, I'm as impatient as a child waiting for Christmas. Hummingbirds come at the opposite season and from the opposite direction as Santa Claus, but these tiny gifts, wrapped in Christmas colors of brilliant green and red, satisfy even more than the nicest presents, and have one great advantage over toys--hummingbirds never need batteries. Give them something sweet to eat and their little motors rev up, filling me with joy. 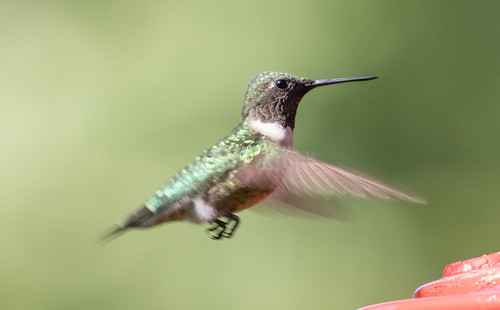