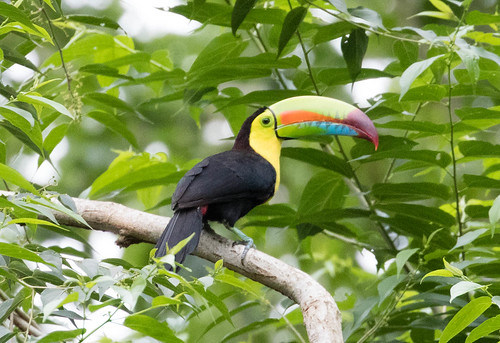 At about 8 am on Monday, June 10, and then at about 8 am on the following Wednesday, Friday, and Sunday, I swallowed live typhoid bacteria in the form of an oral vaccination. This week I’m headed to Panama to research and photograph the birdlife, and the CDC recommends this four-pill regimen, and a daily anti-malarial drug that I’ll start taking closer to the trip, for protection in the places I’ll be going. I’ll also be bringing some Cipro tablets along just in case I get a bacterial infection while I’m traveling—I almost certainly won’t need it, and would just as soon avoid Cipro’s nasty side effects, but tropical stomach bugs can give lie to the old saw about the cure being worse than the disease.

The vaccine gave me a stomach ache for a few days and made me more tired than normal, but being a Ulysses S. Grant fan, I can’t imagine not taking every precaution before a July trip to Panama. In July 1852, well before construction of the Panama Canal, Grant was assigned as regimental quartermaster to accompany a regiment to California. They took a steamer from New York to Panama and a train trip through part of the isthmus to where construction of the railroad ended at the Chagres River. From there, most of the regiment was sent via small man-powered boats through the marshy, watery area to Gorgona, and then took mule teams to Panama City, where they boarded a steamer to California.

But the soldiers traveling with their families, and all the tents, mess chests, camp kettles, and other equipment, had to be transported in larger vessels, and Grant was charged with taking all these people and material in boats to Cruces, a few miles higher up the Chagres River than Gorgona, where they were to meet an American contractor who was supposed to supply them with enough mules to make the journey to Panama City. The mules weren’t there when Grant’s regiment arrived, and never did show up. While stranded there, suddenly cholera broke out. 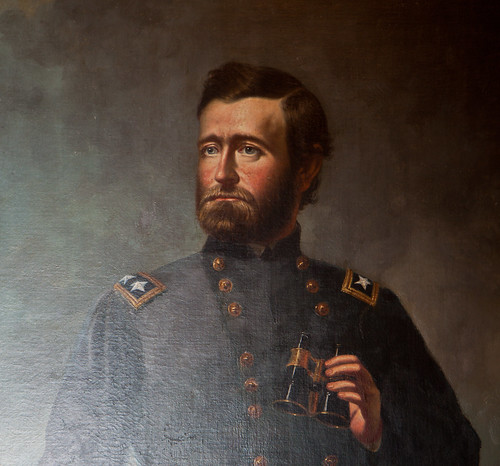 Fully a third of the people with Grant died. The still-healthy soldiers refused to get close to anyone sick, so Grant was the one who took care of them, so tenderly ministering to them that many of the survivors wrote accounts of his heroism. Granr never forgot that miserable time in Panama, writing "The horrors of the road in the rainy season are beyond description."  Grant thought it was foolish to build a passage from the Atlantic to the Pacific through Panama, supporting an alternative project through Nicaragua. He was concerned about how many people would die trying to construct a canal through Panama.

Like Grant’s, my visit to Panama will be in the month of July. It’s expected to rain every day, but the rain hardly ever lasts long. It’s also expected to be hot, but right now it’s a lot hotter in Anchorage, Alaska. Somehow I can deal with heat much better in the latitudes where you can find toucans than where ptarmigans live.

I theoretically could see up to 50 lifers on this trip, though it’ll probably be closer to 20 or 30. The one bird I desperately want to see, because I need photos and first-hand experiences with it, is the critically endangered Harpy Eagle, the national bird of Panama.

The Harpy Eagle is the largest, most powerful bird of prey in all the Americas, once found from southern Mexico all the way through Central and South America, but has been extirpated from most of its range, in part because it’s so approachable that it was easy for people to kill most of them. The Harpy Eagle’s expressive face was, by some accounts, an inspiration for the design of Fawkes, Dumbledore’s Phoenix in the Harry Potter movies. Now that my foreign travel is ebbing to a close, this is probably my last shot to ever see one in the wild. It’s also the very first trip I’ve taken in decades without a computer. I'll be keeping a map and photos of my trip as I go along, and will upload them whenever I have access to wifi. That won't be every day probably, but this link will provide the most up-to-date information about my trip until I return.