The scariest movie I ever saw, which still has the power to make me shudder just thinking about it, is Invasion of the Body Snatchers. The image that stays with me is how the tendrils from what looked like innocent potted plants silently, insidiously grasped at sleeping people, sucking their humanity out of them, leaving them looking the same but devoid of their very souls.

Lately I’ve found myself thinking about the real-life tendrils that suck the souls out of people. I remember my profound disillusionment the first time I became aware that people who have a strong moral compass still have to be circumspect about their words, knowing how much is at stake if they clearly and openly speak truth to power. I often tell how, when I was a college freshman in 1970, preparing for the first Earth Day, professors fed us students solid information about various pesticides and pollutants and which corporations were producing them and dumping them in the environment, but they were also pleading with us not to tell anyone where our information came from. Their departments and colleagues, and sometimes they themselves, depended on grants from those very corporations.

It’s no coincidence that it was an environmental activist, Jack Weinberg, who coined the phrase “Don’t trust anyone over 30.” It had nothing to do with which generations people over 30 belonged to at that point in the 60s. No, it was about those tendrils that reach out and grab adults of every generation as the jobs and communities we depend on suck us into complicity with the very forces that may be dooming our futures. 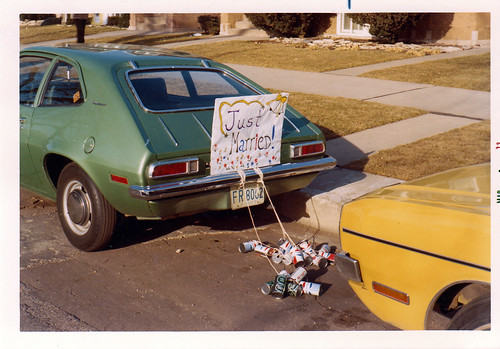 In 1972 when Russ and I got married, we did our honest best to protect the environment, beginning with my sewing my own wedding dress and Russ's trousers. Our thank-you notes were printed on recycled paper. We never bought paper napkins, using only cloth. We found a laundry detergent that was phosphate free, and toilet paper that seemed to be the least impactful on forests. We started recycling long before there was street pickup for it, when it involved us packaging up and bringing items to different places. We researched which car model would get the best gas mileage before we bought our 1971 Ford Pinto, and then we used that car only when absolutely necessary, taking our bikes or public transportation to get around East Lansing and then Madison, Wisconsin. Russ and I even walked to the grocery store, almost a mile away, lugging groceries home in our arms so we wouldn’t squander any more gas than we had to.

When I became a birder in 1975, I got a more visceral appreciation of the environment I was trying to protect. I did my day-to-day birding by foot, spending most of my time birding at woodlots near the MSU campus and then at Picnic Point, a few blocks from our Madison apartment. Most weekends I spent one day out with my birding buddies, but we carpooled, sometimes packing 7 into a sedan.

Russ and I were just reaching the Age 30 milestone when we moved to Duluth in 1981. We’d have loved to live in the north woods, but we decided against it because that would involve a drive for Russ to get to work and for us to get to town for doctor appointments, Audubon meetings, shopping, and other errands. Country living also adds a huge expenditure of fossil fuels squandered on mail delivery and on plowing and maintaining those country roads on a people-per-mile basis. So we picked an old house right in town, easy walking distance to school, the post office, and grocery store, and just a mile from where Russ worked. He walked or biked just about every day. But now if we went shopping together, we had to take the car, because we couldn’t leave the baby home alone.

We’d bought cloth diapers while I was pregnant. The hospital sent us home with a supply of disposables. When we ran out, we started using the cloth diapers. But by the third day, Joey had developed a raw, red diaper rash. I’m sure there were ways we could have found to prevent rashing with cloth diapers, but we weren’t about to experiment on our newborn baby, and went back to disposables. That made us increasingly conscious about all our paper use and made us do our best to conserve paper in other ways, but still, switching to disposable diapers was our first major compromise with our environmental principles.

Those little compromises have a huge cumulative effect, but when our personal needs or desires are environmentally costly, we can offset at least some of the bad effects by sacrificing in other areas. That’s the reason I wrote my book 101 Ways to Help Birds. Researching it brought home to me the huge ways that birds and other natural resources are impacted by our personal actions, transportation choices, and the products we buy.

All the problems we face today—fires, flooding, storms, warming and rising seas, and so many other issues affecting birds, insects, and other wildlife as well as us—have been exacerbated by us falling asleep as tiny tendrils of materialism, finances, other social pressures, and job responsibilities entangle and tug at us. On top of those, getting and keeping a job makes most adults learn to keep their heads down and not make waves, going along to get along, at least to some extent. Healthcare and a regular paycheck are urgent needs, so virtually all young adults eventually find themselves making the same kinds of compromises previous generations did, many of them working for the very same soul-sucking companies that have done so much damage already.

Invasion of the Body Snatchers ended badly for humanity. We can take comfort that it’s fiction, but with so many insidious tendrils reaching out and ensnaring us in the world as it is, it’s hard to imagine how things can get better. What we’re facing right now is a case of malignant complacency and complicity that has metastasized throughout our society and our world.

Dan Rather said cynicism pollutes objectivity. Cynicism also protects us from disillusionment, because how can you be disillusioned when you have no illusions? But cynicism also robs us of hope, and we can’t attack any problem without hope. That hope must be supported by the courage and will to take action, and the willingness and sacrifices to work with others.

We’re none of us perfect, but we all can do more than we’re doing right now to cast light on and cut through those intertwining tendrils that grab us while we're not paying attention. It's time to wake up and remember a line from another movie, this one based on reality, about ordinary good people fighting and beating a huge and overpowering web of corruption. In The Untouchables, Sean Connery's character asks something we all must demand of ourselves right now. "What are you prepared to DO?" 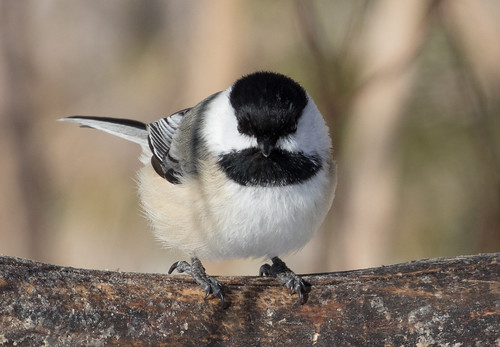