What Am I Prepared to DO? 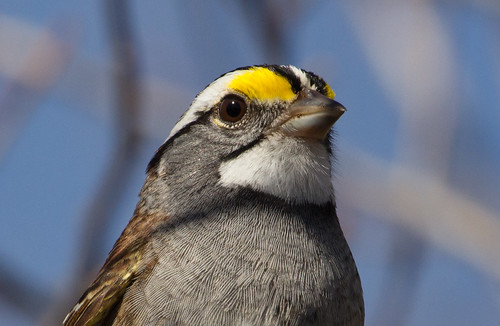 I’m writing this on the first day of 2020. This brand-new year is filled with promise—it’s an amusing coincidence that thanks to my cataract surgery in December, I’m facing this new year with 20/20 vision, and because my cataracts were congenital, this may be the very first year of my life that I could say that.

I started doing “For the Birds” on May 12, 1986, the day after my half birthday, making me exactly 34 ½. So on my birthday this year, when I’ll be exactly 69 years old, I’ll have been producing this program for exactly half of my life. That’s pretty cool, too.

New Years Days remind us of time passing in this finite life we’ve been given—that’s why so many of us start out the new year filled with resolve. I’ve been thinking a lot about mitigation lately, because the current policy of the U.S. Fish and Wildlife ended its requirement that companies and local and state governments offset major bird kills with some sort of mitigation project. It’s one thing for me to complain about an unprecedented policy change that disrupts many decades of environmental protection; it’s another to do something about it. It’s going to take a great deal of organized effort to change this—we need birding, hunting, environmental, and conservation organizations and individuals who care about the natural world to join together to press the government to return to its former bipartisan policies designed to protect wildlife and the environment that we all need for our very survival. I’ll be spending the next several months researching which organizations are effectively working to challenge the new policy, to publicize their work and to guide my own donations.

It can’t be emphasized enough how important mitigation has been in at least slowing the devastating effects of runaway development, wetland-filling, large-scale corporate agriculture, oil and gas extraction, and so much else. Doing what we can to restore requirements for mitigation is going to be vitally important.

But beyond major mitigation projects, I decided that as an individual, I need to step up my own personal efforts toward mitigating the damage that I do. It’s not enough to do my best to minimize damage—if we’re going to clean up this mess and give wildlife a fighting chance to survive for more than a generation or two more, we clearly need to do much more than we are doing now. Minimizing damage—taking fewer trips fueled by gas and driving at or below the speed limit to both conserve fuel and minimize collisions with wildlife, lowering the thermostat in cold weather and raising it in hot weather, buying more efficient appliances and cars while overall buying less stuff in the first place—all this is indeed taking steps forward. But every trip we take fueled by gas, whether to an exotic place or to the grocery store; every time we squander even more fuel by driving faster than necessary; every time our furnace or air conditioner goes on even briefly; every time we turn on an appliance or purchase any new item—every time we do any of these, we take steps backward. I’ve been making donations to organizations that protect and reforest tropical forests to help mitigate my travel, but now I’ve decided that it’s time for me to start mitigating other environmental damage I cause, too. This is the year I’ll focus on how I can do that.

[I’m going to work seriously to update my 101 Ways to Help Birds, which now numbers 106, and I’m now doing this with the help of a wonderful young friend, Heidi Trudell, a committed conservationist as well as trusted friend. I already have ABC tape on a few windows in our house, but will be upgrading every window to the “Zen Wind Curtains” that apparently do the best job of preventing bird collisions. Putting them up will mostly be a job for warmer weather, but I’ll get the supplies to start making the first set this month, and have them ready to put up during the first thaw when the ground is secure enough for us to set up a ladder against the house.

I haven’t hit a bird with my car in several years. We’ve had fewer birds in our yard this year than maybe ever before, with no real migration events, so there weren’t many window collisions, but one White-throated Sparrow, died. 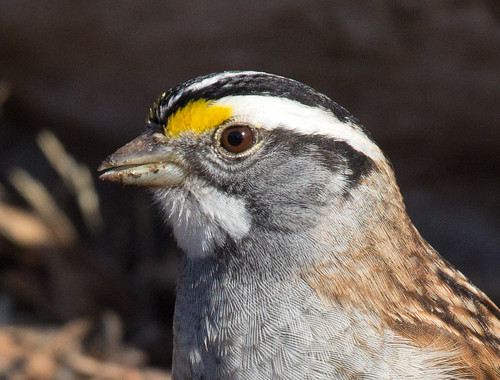 I’m going to make an assumption that for every collision death I know about, one more flew away with a 50/50 chance of survival, and one more was killed that I didn’t discover before a crow, jay, or squirrel carried it off. So I'm thinking that for every bird I'm aware of that is killed at my windows, I'm actually responsible for three.

Taking precautions to ensure that I don’t hit birds with my car and birds don’t collide with my windows is important, but don’t I owe some sort of penalty for each bird that does die from my car or my windows? Setting a reasonable dollar amount isn’t really possible. All the trillions of American dollars on the planet wouldn’t be enough to restore one dead White-throated Sparrow's life.

The way people assess financial damages when a human being’s death is due to negligence or some other preventable cause involves assessing what financial resources the victim would likely have produced over the rest of their natural lifetime, but wild birds are kind of lax in the money realm. I’ve never ever believed that money was any kind of way to assess the real value of anything or anyone. When even a run-of-the-mill NFL player gets orders of magnitude more money than the caregivers providing gentle, loving care to incapacitated people with dementia; when people monetizing gossipy or mean-spirited Twitter and YouTube posts make as much or more money than the best elementary and high school teachers, and when the Boeing CEO whose decisions led to two airplane crashes that killed 346 people was allowed to resign and given a golden parachute worth an estimated $30 to 40 million—well, that little fact alone tells me I have no clue about the value of human lives relative to money, much less the dollar value of one little White-throated Sparrow. But I do know that it's not insignificant.

So I’m going to spend some time this month mulling over what a fair penalty should be when I’m responsible for a bird death. That’s just half the equation—I’ll also have to figure out where that money should go to do the most genuine good toward mitigating each loss. I’m always talking about how we need to roll up our sleeves and do something to make sure things get better. In this, the exact half-century year since the first Earth Day, that’s exactly what I’m going to be doing.