A Lost Little Bird on a Great Big Lake 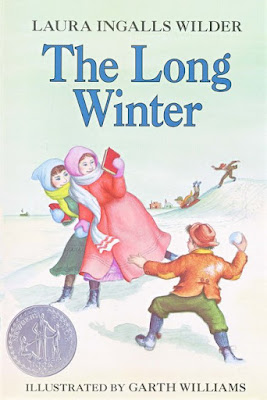 Laura Ingalls Wilder’s book, The Long Winter, is set in southeastern Dakota Territory in what is now De Smet, South Dakota, during the severe winter of 1880-1881. In the chapter “After the Storm,” Pa Ingalls walked into their cabin after a terrible October blizzard that lasted days.

“I got something to show you,” Pa said. He took his hand carefully out of his pocket. “Look here, girls, look at what I found hidden in a haystack.”

Slowly he opened his hand. In the hollow of his mitten sat a little bird. He put it gently in Mary’s hands.

“Why, it’s standing straight up!” Mary exclaimed, touching it lightly with her finger-tips.

They had never seen a bird like it. It was small, but it looked exactly like the picture of the great auk in Pa’s big green book, “The Wonders of the Animal World.”

It had the same white breast and black back and wings, the same short legs placed far back, and the same large, webbed feet. It stood straight up on its short legs, like a tiny man with black coat and trousers and white shirt front, and its little black wings were like arms.

“What is it, Pa? Oh, what is it?” Carried cried in delight and she held Grace’s eager hands. “Mustn’t touch, Grace.”

“I never saw anything like it,” said Pa. “It must have tired out in the storm winds and dropped down and struck against the haystack. It had crawled into the hay for shelter.”

“Yes, it’s full-grown, whatever it is,” Pa agreed.

The little bird stood up straight on Mary’s soft palm and looked at them all with its bright black eyes.

“Because it isn’t afraid of us,” Pa said.

Mary’s finger-tips touched the little bird all over, while Laura told her how white its smooth breast was and how very black its back and tail and little wings. Then they let Grace carefully touch it. The little auk sat still and looked at them.

They set it on the floor and it walked a little way. Then it pushed its webbed feet tiptoe against the boards and flapped its wings.

“It can’t get going,” said Pa. “It’s a water-bird. It must start from the water where it can use those webbed feet to get up speed.”

Finally they put it in a box in the corner. It stood there looking up at them, with its round, bright black eyes and they wondered what it ate.

That chapter ends with the family looking at jackrabbits feeding hungrily on their hay and Pa deciding not to shoot them for rabbit stew, but to let them be. They'd all come through that storm together.

In the next chapter, “Indian Summer,” we learn more:

The little auk would not eat. It did not utter a sound, but Carrie and Laura thought that it looked up at them desperately. It would die without food, but it did not seem to know how to eat anything that they offered it.

At dinnertime Pa said that the ice was melting on Silver Lake; he thought that the strange little bird could take care of itself on the open water. So after dinner Laura and Mary put on their coats and hoods and they went with Pa to set the little auk free.

Silver Lake was ruffling pale blue and silver under the warm, pale sky. Ice was round its edges and flat gray cakes of ice floated on the ripples. Pa took the little auk from his pocket. In its smooth black coat and neat white shirt-front of tiny feathers, it stood up on his palm. It saw the land and the sky and the water, and eagerly it rose up on its toes and stretched out its little wings.

He squatted down by the thin white ice at the lake’s edge and reaching far out he tipped the little bird from his hand into the blue water. For the briefest instant, there it was, and then it wasn’t there. Out among the ice cakes it went streaking, a black speck.

“It gets up speed, with his webbed feet,” said Pa, “to lift it from the…There it goes!”

Laura barely had time to see it, rising tiny in the great blue-sparkling sky. Then, in all that glittering of sunlight, it was gone. Her eyes were too dazzled to see it any more. But Pa stood looking, still seeing it going toward the South.

They never knew what became of that strange little bird that came in the dark with the storm from the far North and went southward in the sunshine. They never saw nor heard of another bird like it. They never found out what kind of bird it was.

Laura Ingalls Wilder’s description, including the important details that the bird was tiny enough to fit in Pa’s pocket and that it had a black back and wings and white front, makes me wonder if the bird could have been a Dovekie, which ranges from the Arctic through the north Atlantic coast. South Dakota has no records of Dovekies, but Wisconsin has two records, one shot by two boys hunting along Lake Michigan in 1908, and one found dead under some Tomah power lines in 1949. That one had only a small piece of quartz in its stomach. Single Dovekie specimens have also been taken from Wabana Lake near Grand Rapids, Minnesota, in November 1962 and Lake of the Woods in November 1931.

The other, probably more likely, possibility is that it was an Ancient Murrelet. South Dakota has one record, from November 1993, of a poor bird discovered in Ipswich, in the north-central part of the state, after a snow storm that had originated in the North Pacific. The bird died soon after it was found. Dan Tallman, who prepared the carcass for a museum specimen at the U.S. National Museum, wrote in his blog, “I have never encountered a more emaciated bird.” Wisconsin has at least five records of Ancient Murrelet, and Minnesota seven.

Anyway, thoughts of Laura Ingalls Wilder immediately came to mind when I read a text message this morning that Steve Kolbe had found an Ancient Murrelet at Stoney Point up the shore between Duluth and Two Harbors. I instantly loaded up my car with my camera, binoculars, face mask, and coat, and the moment I could break away, I headed up to see it. The poor thing is almost certainly doomed—oceanic birds simply don’t have much chance of surviving long in fresh water, with food entirely different from what they have experience catching and eating. But such a cosmically rare bird so close to home seemed worth chasing. A tragic truth about birders is that we really do relish seeing rare birds. I try to temper that lust for the list, especially when it involves either wasting a lot of fossil fuels or looking for a bird who is clearly suffering, but hope is the thing with feathers, and this bird was still diving and popping up.

I made it to Stoney Point a little more than an hour after Steve Kolbe first reported it. A dozen cars were parked where I’d sort of expected from the text message to find it, but I didn’t see any birders and there were two or three houses on the far side, so I figured someone might be having a gathering and kept driving. Kim Eckert was at the next collection of cars and told me that Bill Penning, down on the rocky shore, had his scope on it so I scurried down. I was wearing the shoes I wear when working at my desk treadmill—I hadn’t thought to change into something more suitable—but I got through just fine. The bird was a barely visible speck in the distance through my binoculars, when I finally got a glimpse, but that was after Bill lowered his scope for me to get a pretty good look. My camera was worthless at that distance, but those cars I’d passed apparently did belong to birders, so I headed there next, where I got my photos. 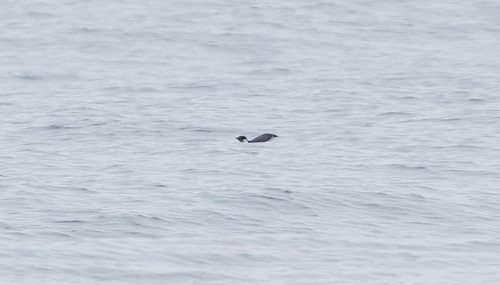 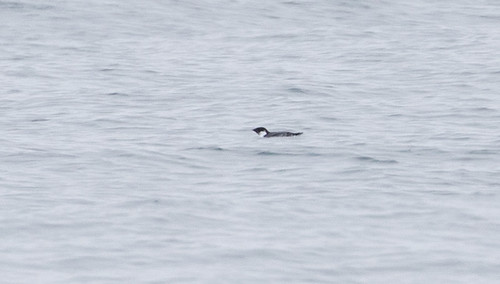 On my way to see it at the first spot, I told a young couple walking their dog about it, mentioning the Laura Ingalls Wilder connection, and they thought that was fascinating. I passed them again after I’d seen it, and they were thrilled for me.

Birding is of course always about birds—the ones we see and hear, and the ones we yearn to see and hear. But it’s about more than that, too. The birding community can be competitive and contentious but it’s a genuine community, and I’ve missed the camaraderie of birders during this horrible pandemic. It was lovely to chat for a minute in person with my treasured friend Greg Garmer, and I got to say hi to several more friends, all of us drawn to one little spot on a great big lake to get a brief glimpse at a lost little creature.

This sighting gave me even more than that tick on my list and the opportunity to connect with friends. It also gave me a sense of connection with Laura Ingalls Wilder herself, the woman whose books so enriched my childhood and were so enjoyable to read aloud to my own children. So I’m feeling a great deal of gratitude today, even as I’m hoping against hope that that little bird figures out how to get enough food out of Lake Superior to fuel up for a long journey home. Godspeed, little one.