I took this series of photos at the annual Owl Festival in Houston, Minnesota, in 2012—this is a Barn Owl from the Illinois Raptor Center, licensed as an education bird, who was most cooperative in allowing me to photograph the entire meal. Even though the rat was already quite dead, the owl first had to ensure that it was by biting it in the back of the neck. This is a safety precaution. If the rat was badly injured and maybe temporarily knocked out, but came to in the esophagus and started scrabbling, the owl could be killed. 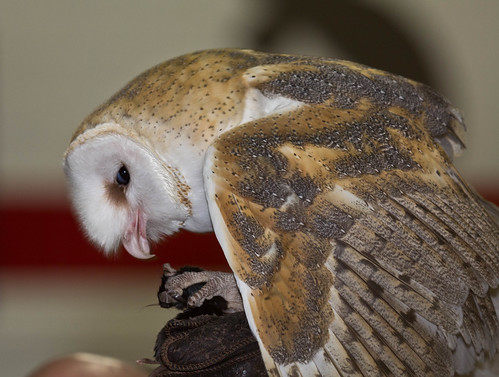 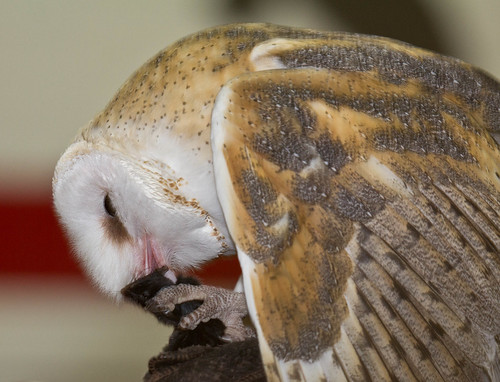 Once the owl was satisfied that the mouse was really most sincerely dead, it started swallowing it. Owls invariably do this head first, making it go down more smoothly. Not only is the narrowest part of the main rodent body the nose, but also the fur is sleeked down, lowering resistance due to friction as it goes down the throat and esophagus. The owl uses its beak to slowly ratchet it down. 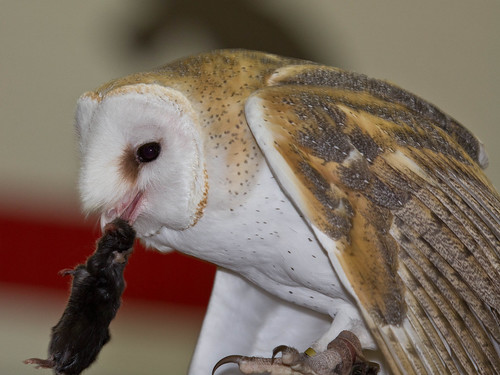 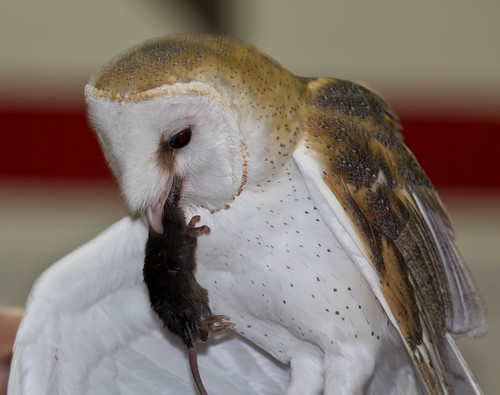 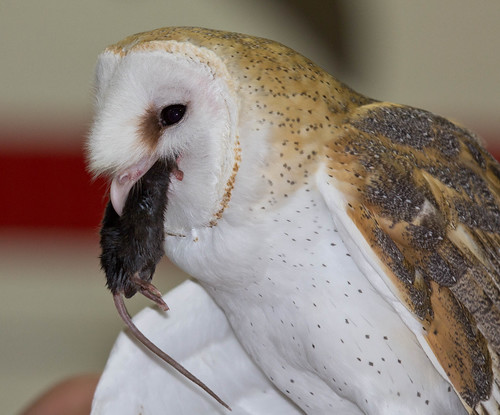 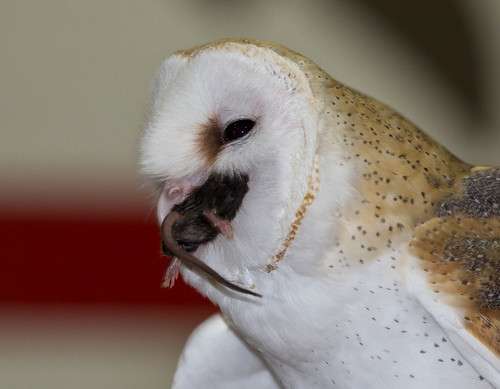 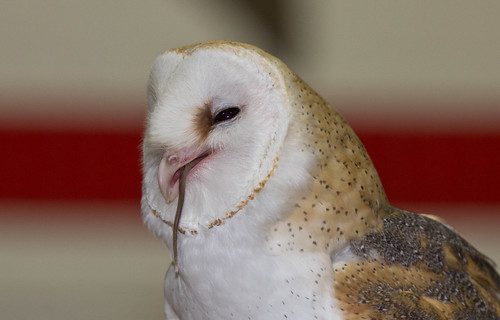 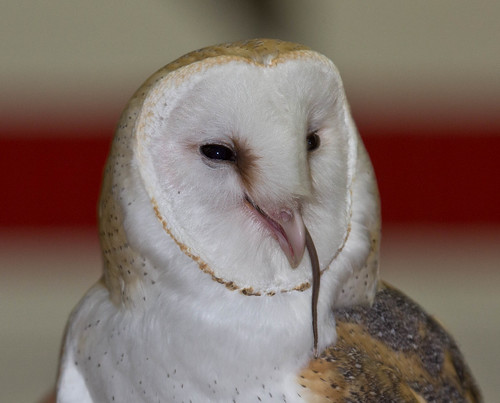 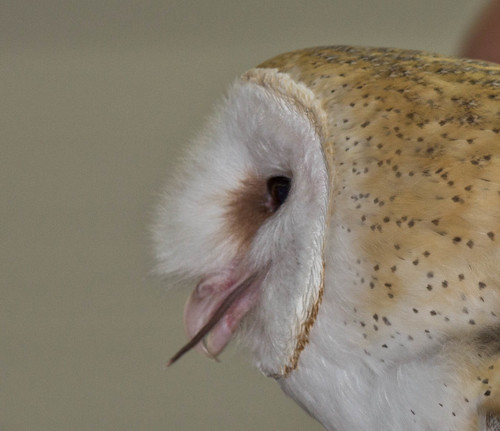 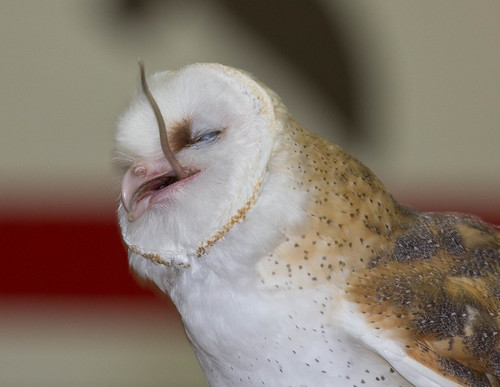 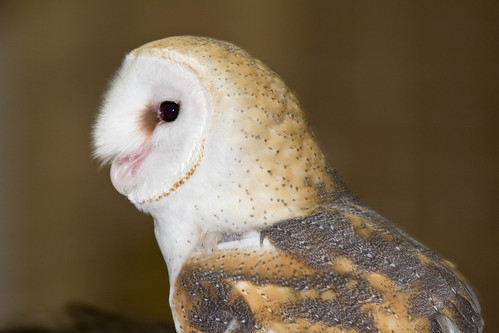