Horrible News on the Bird Front

There’s been some great news and some horrible news on the bird front in recent weeks. This year’s annual count of Red Knots along the Delaware Bay beaches showed yet another severe drop in their numbers, to fewer than 7,000, the lowest level since counting them began four decades ago and only a third of what was counted just last year.

Back in the early 1980s when concern about the population was the impetus for starting conservation measures, there were about 90,000 Red Knots pigging out on horseshoe crab eggs on those beaches. Joanna Burger, a biologist at Rutgers University who has been studying shorebirds at Delaware Bay since the early 1980s, told the New York Times, “I think that we need to think about the Red Knot as a species that is dying, and we really need emergency measures.” She called for an immediate ban on the harvesting of horseshoe crabs for bait—that practice should have ended decades ago but is still active in Delaware, Maryland, and Virginia. Naturalists are also pleading with the pharmaceutical industry to stop using an extract from the crabs’ blood to detect bacteria in vaccines, drugs, and medical equipment—a synthetic alternative is available. 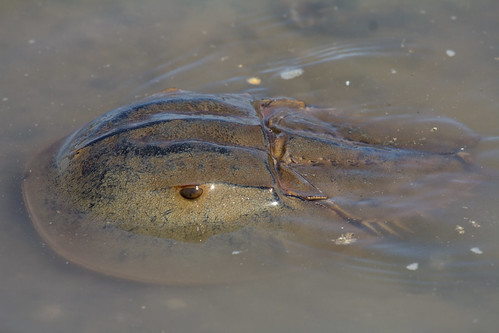 The Red Knots are completely dependent on the crab eggs to fuel the last long leg of their migration from Tierra del Fuego to the Arctic. But other factors are also implicated. Low ocean temperatures in the mid-Atlantic last May delayed horseshoe crab spawning until June, too late for the knots. That led to a terrible breeding season last year, but the loss of two thirds of the population was far worse than biologists expected. Wildlife biologist Larry Niles estimates that 40 percent of last year’s migrants died before they even reached their breeding grounds because they left Delaware Bay in such poor condition without their essential food. 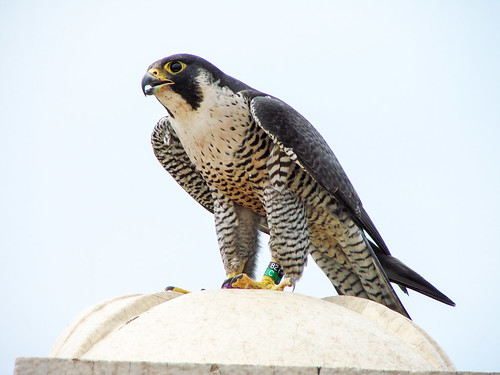 Another factor is the growing coastal population of Peregrine Falcons thanks to all the nesting platforms in New Jersey. Their population is obviously not nearly large enough to be taking a significant number of the millions of shorebirds in Delaware Bay, but their frequent forays along the coastal beaches have made it harder for flocks of shorebirds to rest and eat so they can put on enough weight to complete their migrations.

Meanwhile, there’s more bad news. Starting in late May, many birds have been found dead and dying in D.C., Virginia, Maryland, West Virginia, Kentucky, and Ohio. The birds, which include Common Grackles, Blue Jays, American Robins, and European Starlings, are found with eye swelling, a crusty discharge, and neurological problems; rehabbers have not been able to treat the birds with any success at all. Several laboratories are conducting necropsies, but so far, no pathogens, bacterial or viral, have been found to be causing the deaths. 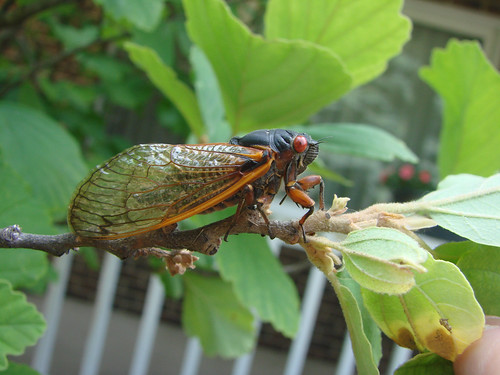 The cyclic cicada population from Brood x emerged this year, and there is some speculation that pesticide use from people irritated by the cicada’s noise may be causing the outbreak, since the disease outbreak seems to be occurring where the cicadas are emerging. Many insecticides in common use cause the kinds of neurological symptoms being seen in these birds, which all belong to species that feed on cicadas, and all of which walk on lawns where sprayed pesticides can accumulate.

Back in the early 90s I treated a baby Blue Jay suffering severe neurological problems. The woman who brought the doomed little thing to me said that the yards on either side of hers and behind hers had all been treated by a national lawn care company, but pesticides quickly break down, making them virtually untraceable, and there just isn’t enough tissue in a baby Blue Jay to do a thorough analysis of its tissues even if I could have afforded the thousands of dollars to have it necropsied after it died.

Meanwhile, agencies are asking people in the affected area to stop feeding birds. It is important whenever there is an unknown disease that could be contagious to keep individuals from crowding together, so this advice makes sense, but I’m afraid a lot of people are jumping to the simplistic conclusion that it’s people feeding birds that caused the problem in the first place. This of course makes no sense when one of the most badly affected species, the American Robin, doesn’t even visit bird feeders. Without carefully examining all pesticide use, by individuals as well as larger entities, in the specific locations where each affected bird has been found, I don’t see how we can figure out what is happening.

Not all the news about birds is horrible. Tomorrow I will cover some absolutely wonderful and exciting news about one of my favorite birds of all.