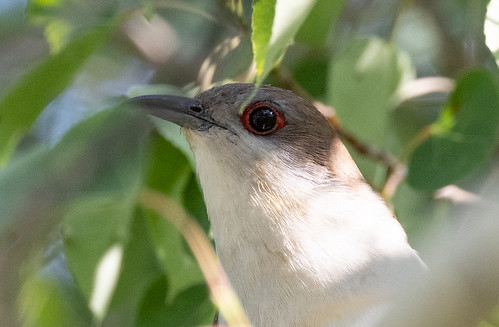 When I wrote about the Black-billed Cuckoo last week, I started reminiscing about my lifer Black-billed Cuckoo and how, for one brief, shining moment when I was a new birder at Michigan State, I had an honest-to-goodness birding buddy. Her name was Mary Beauchard, and she was taking ornithology with me. Neither of us could get enough of birds, even with all the class field trips, so when I got an announcement from the Capital Area Audubon Society about a really exciting mid-May weekend field trip, we decided to go. Neither of us had much money, but we had a tent and two sleeping bags and were both up for a Big Adventure.

At some point while we were making our plans, a guy in our class overheard us and asked if he could tag along. I didn’t know him very well and wasn’t keen about a third person. My car was a Ford Pinto, and with three, someone would be stuck riding in the cramped back seat. That also meant that Mary and I couldn’t leave our gear and snacks in the backseat where we could easily reach anything we wanted while we were on the road—we’d have to put most of our stuff in the hatchback. It seemed ungracious to outright say no, so I warned Dave that the Pinto didn’t have much legroom in back, and if he came along, he’d be the one back there. I also warned him that we were going to be camping and bringing our own food because even if we could afford to go to restaurants, we’d rather spend that time birding. He said he was an experienced camper and had all the gear he needed. So we were stuck.

When I picked them up in the morning, it was raining hard, but according to the Audubon announcement, the Fred Russ State Forest was 106 miles away—the rain couldn’t be everywhere, could it? Before I’d even made it out of the Lansing area, Dave started complaining about his back. I did not want Mary to give up her front seat—she was the one who’d helped me make all our plans plus she was an excellent bird spotter. But with the downpour, there weren’t many birds to spot anyway, and she kindly offered to let Dave sit in front. I found a place to pull over and they switched. He continued to complain but did not offer to switch back even though taking the front seat wasn’t helping.

If it had been just Mary and me, we would have spent the two-hour drive chatting about the birds we’d each seen that week as warbler migration was peaking, talking about the birds we hoped to see on this trip, and plotting out strategies so even if the rain kept up, we’d see wonderful things. But even from the front seat where Mary belonged, Dave continued complaining. What if the rain didn’t let up? I said birds can’t go indoors so we’d certainly see some, and it’s not like we didn’t have umbrellas. Except he didn’t bring one. I had a rain hat with a wide enough brim to protect my eyes and binoculars, so I told him he could use mine, but he said he could hardly manage binoculars with one hand while holding an umbrella. I’d already figured out the technique of sliding the umbrella under my shirt into the center of my bra, which holds it securely in place, but was too shy and proper to mention that sort of risqué thing, and he’d have complained about how that wasn’t fair to men.

Then he started whining about how his tent leaked. I said I could flatten the hatchback’s backseat so he could sleep in the car, but no—he said his back would make that impossible. I don’t think we spent even a minute of the long drive chatting about birds.

The field trip participants were supposed to meet at 9 am sharp in the picnic area near the entrance to the state forest, and the driving rain slowed us down plus we’d lost time pulling over so Dave could take the front seat, so we were cutting it close, but we made it. I expected to see at least a dozen cars there before us, but no—the parking area was empty. Well, empty of cars. There were plenty of birds in the trees, and now the rain was just a steady drizzle, so Mary and I jumped out. Despite the rain, we tallied 25 species, including a stunning Black-billed Cuckoo—a lifer for both Mary and me—not far from the car. I ran to tell Dave, but he’d seen one of those before. He stayed hunkered down with his arms folded across his chest and a frown on his face. 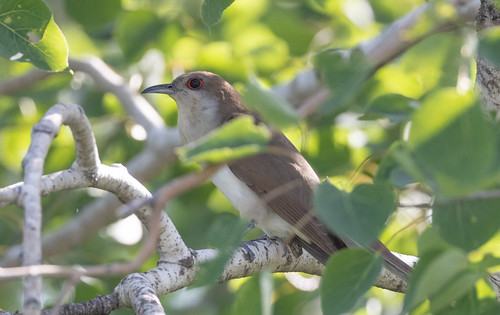 Mary and I had a lovely time in the picnic and parking area while Dave stayed in the car, now complaining because he didn’t bring anything to read. The drizzle kept up, but the temperature was pleasant and there was no wind. It wasn’t the best birding ever, but was far from the worst.

This being 1976, there was a phone booth by the office, not far away, so after a couple of hours, it occurred to me to call Russ at home. He said maybe 10 minutes after I left, someone from Audubon had called to tell me the field trip had been cancelled. I had the Audubon newsletter with the weekend’s itinerary and directions to Warren Woods State Park, Warren Dunes State Park, and the Grand Mere Dunes. Mary and I would have seen a LOT of new birds in those spots, and we both wanted to forge ahead, but somehow spending the next 30 or more hours with a cranky third wheel didn’t seem bearable, so we headed home.

Mary Bouchard and I did some more birding together in the next couple of weeks, but then Russ and I moved to Madison, Wisconsin, early in June and I lost track of her.  I just now googled Dave and he was easy to find, but I doubt he’d want to hear from me any more than I’d want to hear from him. He did teach me important lessons about saying no and about doing my best to be adaptable when birding with others. I can’t help but think about him as well as Mary Bouchard whenever I see or even think about a Black-billed Cuckoo—one of the saving graces of an unforgettable lost weekend. 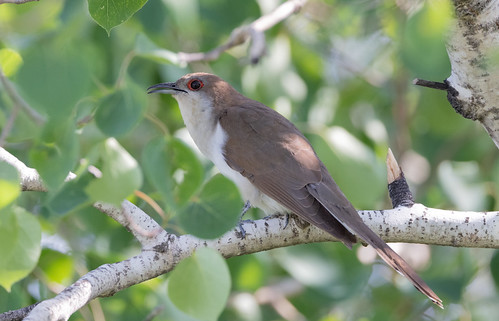