I’m giving a talk at the annual meeting of New Hampshire Audubon this weekend, and so I flew over to spend a week birding in the state ahead of time. Today (Monday, September 24) I birded with Lauren Kras, one of the top birders in the state. Although she’s only 25, she holds the record for not just one but the two top Big Years ever recorded in New Hampshire. In 2009, she not only broke the all time record for the number of species seen in a single year within the state but was the first and remains the only birder to break the 300-species barrier—she saw an amazing 308 birds in New Hampshire that year.

It’s always great to go out with a truly knowledgeable expert, especially when exploring an unfamiliar area, but what made the day exceptional was that she’s so fun to be with. I was interested in photographing as many birds as possible, as well as seeing them, so when we came upon good opportunities, we took them. Lauren said if we were focused on racking up all the birds we could get, we would easily have broken 100—quite possibly as many as 120. But early on during high tide we came upon a large group of shorebirds that were feeding on flies along the top of a long rock sea wall. 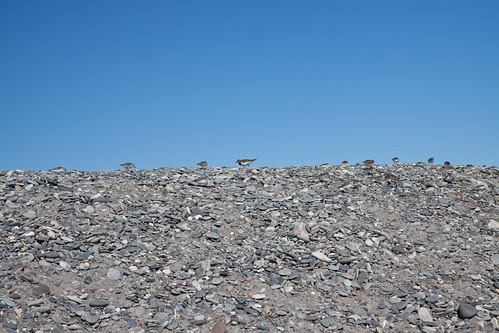 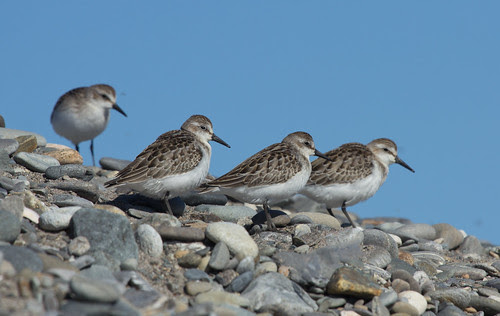 We walked along, sun at our backs, taking photo after photo of a great variety of sandpipers in perfect light, framed by blue sky, all at eye level or above—I’ve never before had a chance to see the undersides of so many shorebirds. I also don’t think I’ve said the word “wow” so many times in a fifteen-minute period in my life. 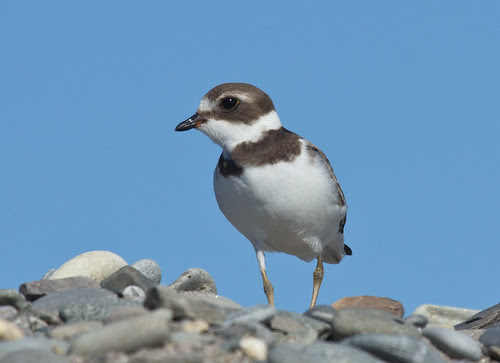 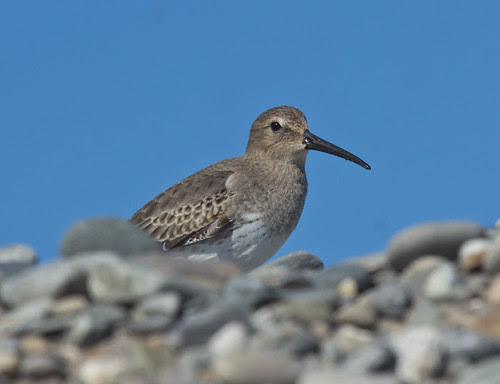 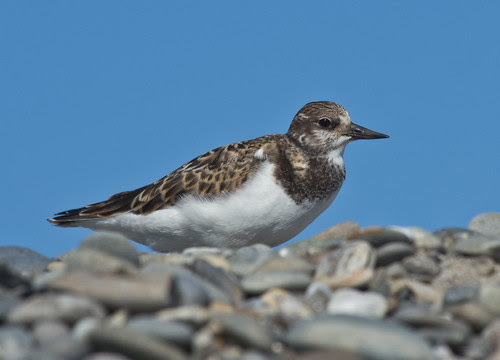 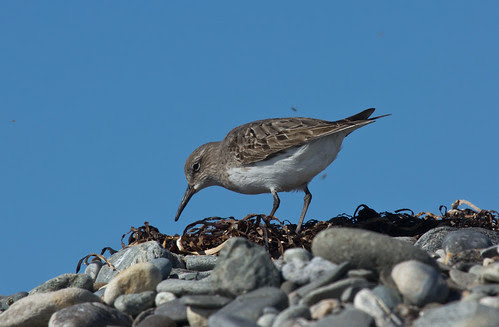 I have a great love for Common Eiders because we saw some females caring for large masses of ducklings when we took a family vacation to Maine years ago. Right now few males are in good plumage—I’ll have to make a return trip some year between February and April to get them in full breeding splendor. We saw quite a few groups of eiders today, but none at close range. I got close-ups of some just a couple of weeks ago at the Central Park Zoo in New York City. But seeing wild ones in the ocean, even at a distance, was far more satisfying. 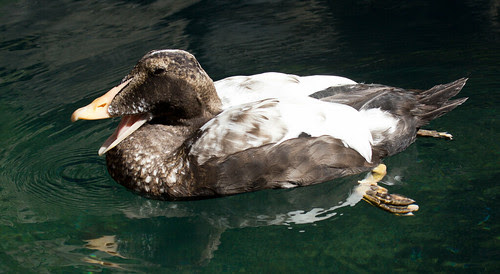 There were lots of songbirds today, though the early migration is dwindling and the late migration hasn’t kicked in yet. I think my favorites were the several Blackpoll Warblers moving through. I see a few Blackpolls every fall at home in Minnesota, but these so close to the Atlantic seemed more special. Blackpolls breed far up in Canada, migrating mostly east to the coast, where they take off along an over-water route, with no landing or resting stops all the way down to Puerto Rico, the Lesser Antilles, and South America. I found it thrilling to see them so close to their jump-off point, pigging out in preparation for the grueling adventure. 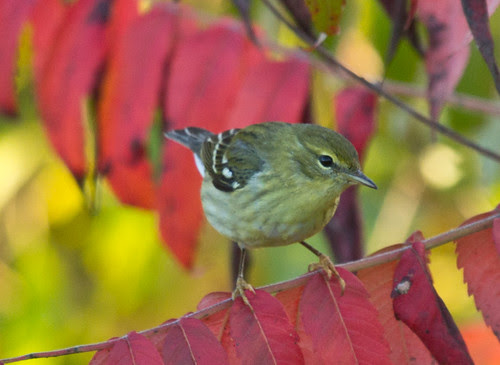 We moseyed along in several of Lauren’s favorite spots. It’s fun to be with someone so experienced at coastal birding and in tune with the tides. She knew exactly where our one Lesser Black-backed Gull of the day would be and where to find our one Ruddy Duck. I’m ending the day in a happy stupor. In the days to come, I’ll be covering more of the state, and will post lots of photos of my wonderful adventures birding in New Hampshire. 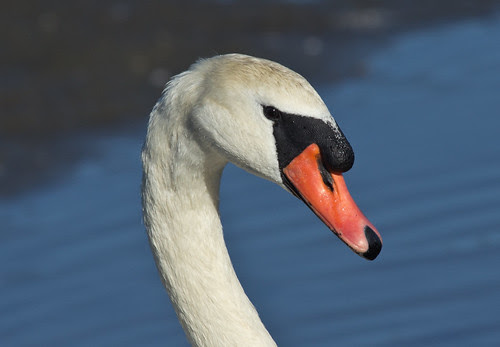