Every cog and wheel 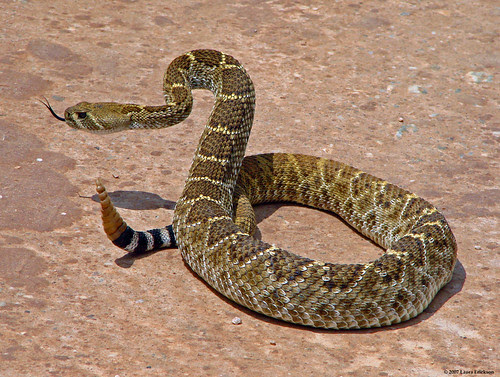 Charles Schulz’s Peanuts was at the epitome of popularity when I was in high school and college, and I was a major fan. One of the posters I hung on my dorm room wall showed Linus calling out, “I love mankind. It’s people I can’t stand!” Most of us are at least a little that way about wildlife. I love it all in principle, and do a pretty good job in my everyday life of protecting habitat and defending the right of all species to exist as sustainable populations. I also defend the rights of individual animals to exist as fellow travelers on this little planet. Since early childhood, I’ve carried spiders and most insects outside rather than killing them. 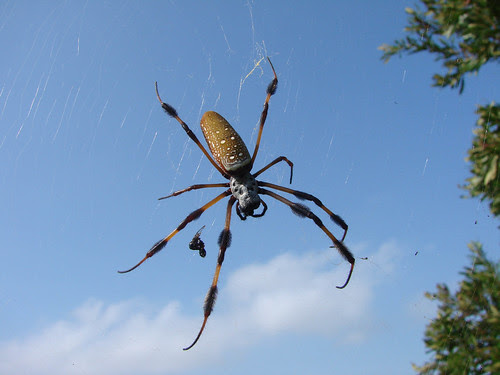 This wasn’t some sudden transformation I underwent as an adult. When I was a little girl, I went through a phase that lasted several years during which I’d absolutely never walk in the grass—I’d stay on roads, sidewalks, or trails no matter what when outside. I wouldn’t even cross our back lawn to reach the swingset until my big brother made me a path of rocks. I wasn’t the least bit scared of any animals that might be lurking down there, but I was absolutely terrified of the thought of squishing tiny creatures, being responsible for their deaths without even knowing they existed. Even today I avoid walking off trail as much as is humanly possible. 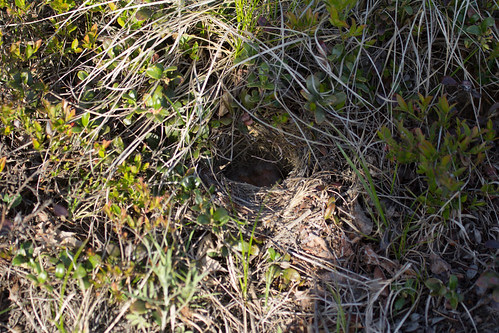 But, inconsistently, I’ve always made exceptions, even regarding my most deeply-held convictions. In the case of mosquitoes and ticks, I learned as a very little child that they carry diseases from one animal or human to another, which especially scared me when I had chicken pox—what if mosquitoes carried the germs from me to a bird or mouse or other innocent creature? My daughter has a rare but extreme allergy to mosquitoes that made me even less patient with them. Non-targeted insecticides applied environmentally haven’t made any difference in reducing mosquitoes, but I don’t mind in the least smacking them. 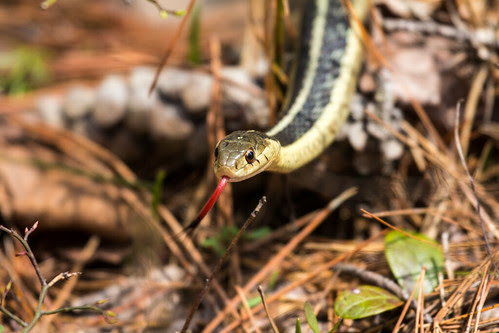 I grew up in a blue-collar suburb of Chicago, and my house harbored a garter snake hibernaculum under our front porch. One day every spring until my dad plugged up the porch, the snakes would suddenly emerge, and our yard would seem to come alive, writhing with them. My big brother would try to frighten me by holding snakes in my face. He told me their double-pointed tongues were needle sharp, but I picked one up and put my finger near the tongue, and it was soft and delicate. My big brother couldn’t scare me! 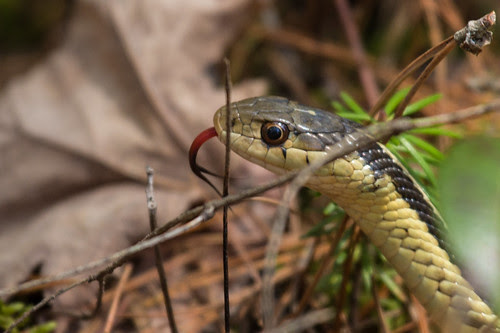 When I was on a birding walk in my early 20s, I heard children yelling, “Look! Its blood is red!” and came upon two boys beating a small garter snake with sticks. The poor thing had coiled its body up tightly to protect its head, but was already dead. I lit into them with a fury I’d never suspected I had, yelling that of course its blood was red—it was a vertebrate animal just like them and had not been hurting them in any way, shape, or form. And I gave them a lecture about bullies and cruelty. At the time, I was a little surprised that they stuck around listening to me and seemed repentant, but in retrospect I realized that this was during the period after the movie Star Wars came out. I was skinny and in the habit of wearing my long, very dark brown hair in Princess Leia bagels. The poor kids probably thought Obi-Wan Kenobi wasn’t far behind with his light saber.

I may not have been the least bit afraid of snakes, and was clearly willing to defend their right to exist, but something about them seemed cold and forbidding even before I learned that bird eggs and chicks are a major staple in their diets. I’ve taken some good photos of snakes, from ribbon snakes to diamondback rattlers, but I must admit that I don’t particularly like them. Despite that, I’d still intervene today if I came upon people clubbing one to death.

Whether or not a particular species strikes us as adorable or creepy, beautiful or ugly, or even beneficial or harmful, we’re each an essential part of this world’s ecosystem. Hard as it is to face when it comes to snakes, armyworms, and even mosquitoes and ticks, every species has a role in keeping the earth’s biosystems functioning properly. Aldo Leopold was right: “To keep every cog and wheel is the first precaution of intelligent tinkering.” Even when some of those cogs and wheels are snakes. 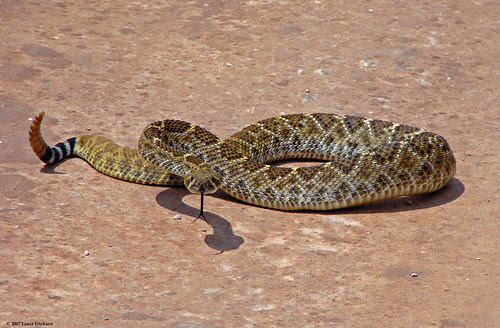