The Last Duck My Uncle Dick Ever Shot 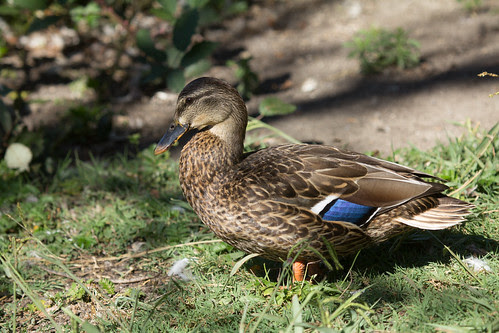 My Uncle Dick, who was also my godfather, was an outdoorsman who enjoyed hunting and fishing. We shared our love of both nature and the Chicago Cubs, so we gravitated together during family events. And every time we were together, after he’d had a couple of beers, he told me the story of The Last Duck He Ever Shot. He always told the story the exact same way. He was hunting with his buddy, took a shot, and his buddy’s dog brought him back a hen Mallard. The bird didn’t struggle in the dog’s mouth, but when my uncle took her, he realized she was still alive.  He held her still-warm body in his hands, and as he said every time he told me the story, “I watched the light go out in her eyes.” When he said that, each time, my uncle’s eyes filled with tears. The moment that duck died, my uncle handed his shotgun to his buddy and never ever picked up a gun again. He always closed the story of The Last Duck He Ever Shot by saying he still went fishing, though he always felt it necessary to explain that fish were lesser beings. “Laura, they eat their young.” 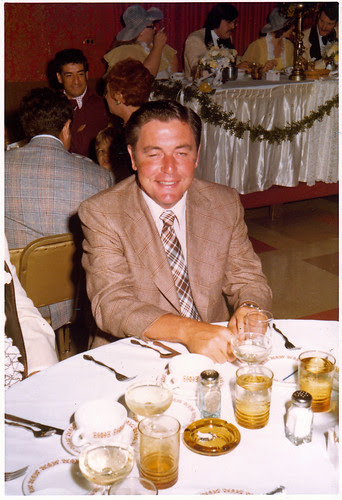 I usually tell that story when I’m explaining about Irish wakes and weddings, fueled on beer and tears. But really, in essence, that story is about the transformative moment when we recognize an essential spark of life and individuality and value in someone other than a human. For most of us, be we photographers, hunters, or birdwatchers, a bird is a target. Whether we’re using a camera, gun, or binoculars, we see birds as quarry to be captured and possessed, for looking at, holding in our hands and eating, or augmenting a bird list. We may smile or even cry at that Bud commercial without actually believing a Clydesdale can form a meaningful bond with a man or a puppy. 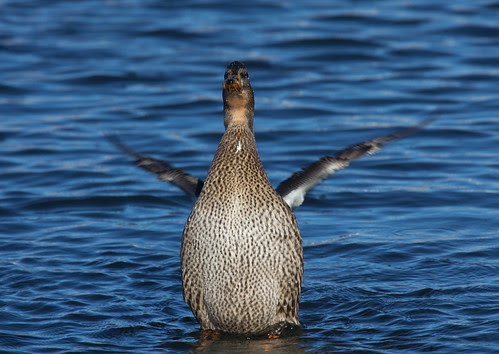 Even if we believe our pets and some other animals have an essential spark of individuality and intelligence and heart and even soul, the tragic reality of life on earth is that all animal life takes its energy and physical being directly from the lives of other living or once-living things, plant or animal. The moral complexities and paradoxes of reckoning with the value of other beings are too much for many of us to deal with, so we close our eyes to them, intentionally or without even considering the possibilities. My uncle never noticed the spark of life and soul in any duck until he watched it ebb and die in one individual, and at that moment, he made what was the only moral choice he saw—to stop shooting ducks for sport. He didn’t stop eating meat, nor did he see any moral paradox in that. All animal life springs from death, and even if every animal has value, so do we, and even the vegetarians among us take the lives of something in order to sustain their own. But in that transformative moment, my uncle broke from the comfortable view that animals were set here on earth for us, with no inherent value beyond what entertainment, sport, nourishment, or ecological well being they provide for us humans. When I consider what the difference is between humans and animals, I see our intelligence and emotional capacities as differences in degree, not in fundamentals. Maybe the essential difference is that we are capable of puzzling through the vast moral complexities, ambiguities, and paradoxes of our lives. Whatever it is, reckoning the individual worth of our fellow creatures causes a sea change in our own perspective; that very reckoning enlarges us as human, and humane, beings. 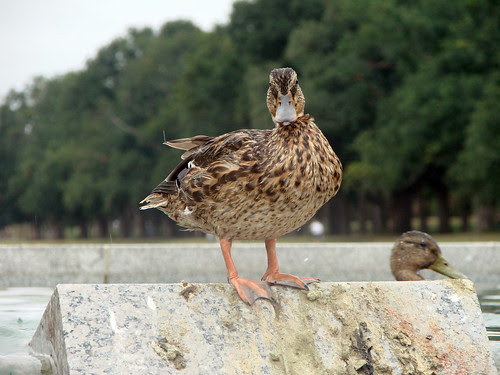 Many hunters I know are indeed able to see the moral complexities. My discussion of that is in A Question of Hunting.
Laura Erickson at 6:58 PM
Share