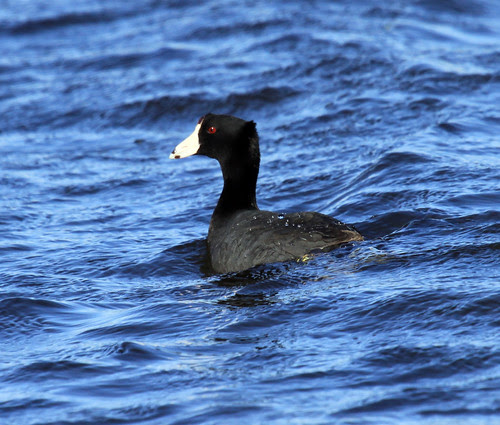 When I was recently in the visitor center at Merritt Island National Wildlife Refuge, I noticed a sign encouraging people over 62 to purchase a Senior Pass, which gives the owner free admission to national parks and other federally owned wild lands for life for only $10. I had just turned 62 in November, and this seemed a great value, so I impulsively bought one. And the moment the purchase had been made and it was too late, it hit me—this pass was proof that I’d become, officially, a senior. Not that I hadn’t been one before I bought it, but somehow now my advancing age seemed more concrete. I had to face it—I’m a senior citizen.

In America’s youth culture, there are a lot of negative terms for older people but few for young ones except whippersnapper. Merriam-Webster defines codger as “an often mildly eccentric and usually elderly fellow,” and geezer as “A queer, odd, or eccentric person—used especially of older men.” Both of those words give the impression of someone who might be amusing and eccentric in a cranky sort of way. I wouldn’t mind being called either, I suppose. On the other hand, I am mortally offended when anyone calls me a crone, which Merriam-Webster defines as “a cruel or ugly old woman” and “a withered old woman.” Crone is etymologically related to carrion and carcass, coming from Anglo-French for dead flesh, and the usage, focused on appearance rather than character, seems sexist to boot. No thank you. 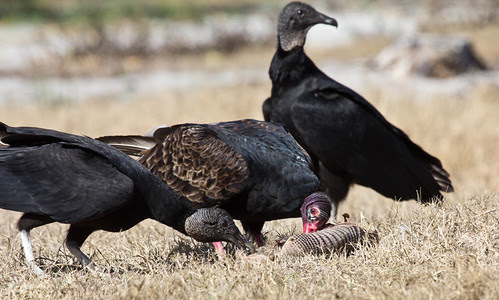 If I have to accept being called anything in reference to my advancing years, I’d like to go with old coot. Coots are cool birds—excellent at swimming, diving, walking (or waddling), and flying, at least once they get up into the air. They’re mostly sociable and friendly with one another, fairly approachable for birders, and are one of the rare birds that live their lives primarily as vegans. 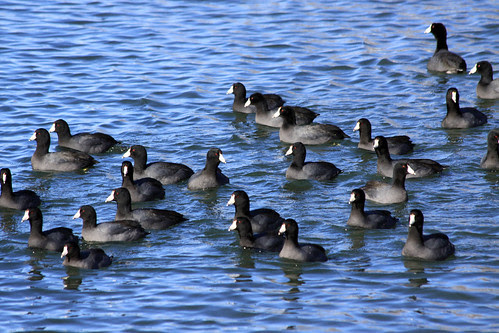 The oldest known coot wearing a US Fish and Wildlife Service leg band was at least 22 years 4 months when taken by a hunter, which isn’t a bad lifespan for a wild game bird, though if we wanted a symbol of longevity, the Laysan Albatross would be a better choice. The female albatross nicknamed “Wisdom,” who made the news a couple of years ago for being at least 61 years old and still raising a chick, is raising yet another one this year. She was banded as a nesting adult in 1955, when she was at least 5 years old, and remains the only known bird who is older than me—at the very least, she’s 63 now. She’d make a perfect symbol for senior citizens—almost old enough for social security but still leading a productive and fulfilling life. 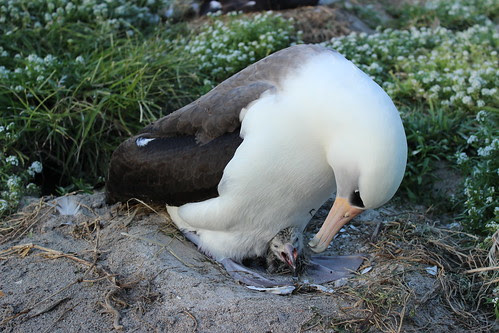 But thanks to Samuel Taylor Coleridge, albatrosses already symbolize innocent victims or burdens of shame, so I’m not expecting people to call me an old albatross anytime soon. No one ever calls anyone an “old chickadee”—chickadees have lived in the wild for over 12 years, but somehow even the oldest chickadees just don’t conjure up the image of senior citizens. Some people have reminded me that old coot is typically used to refer to men, not women, but there is no data to support the idea that real coots have anything other than a 1:1 ratio of males to females at any age, so there’s no reason to restrict old cootdom to men only.

Whatever we call it, I'll negotiate old cootdom the way I've gone through my life all along, taking each day as it comes and not worrying about things before they happen. You know, the way real coots do it. 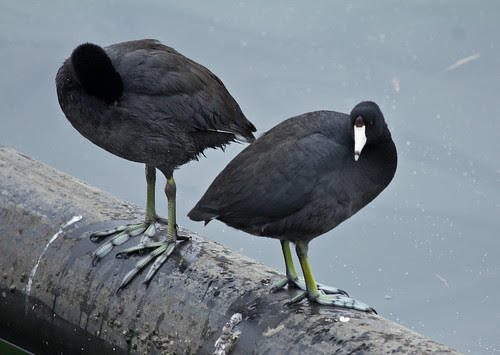