Human mythology, folklore, and fairy tales are full of stories about someone doing a seemingly innocent thing that ends up releasing chaos and death. A common element in these stories, from Pandora’s box to Humpty Dumpty, is that once it happens, it can never be fixed. The mess created when the little children opened the door to Dr. Seuss’s Cat in the Hat was so deep and so big and so tall that there was no way to fix it, no way at all. Unlike other crafters of these stories, Dr. Seuss didn’t want to end his story with the children in such a terrible situation, so the Cat ended up coming back and magically cleaning up his own mess. But magic is hard to come by in the real world. 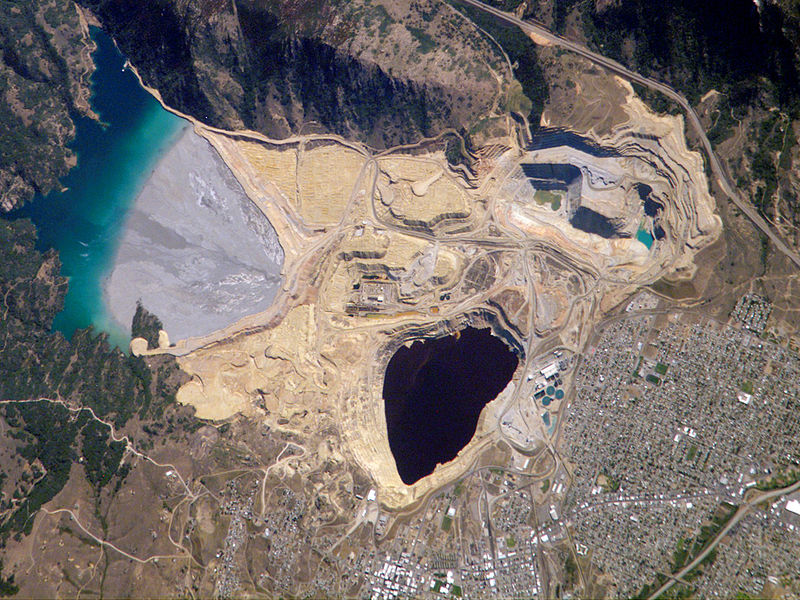 In 1864, mining of sulfide minerals began near what is now Butte, Montana. The mine was called the Berkeley Mine, extracting minerals of a prominent vein in the huge Anaconda vein system. By 1867, rich deposits of silver were exposed in the Berkeley mine, and in 1888 copper was discovered—that became the main product the mine unearthed year after year, decade after decade; lead, zinc, manganese, silver and gold have also been extracted at various times.

In 1955, two years before publication of The Cat in the Hat, Anaconda Copper, and eventually the Atlantic Richfield Company (ARCO), started extracting the minerals more directly, digging an open pit near the Berkeley Mine shaft. By then, open-pit mining was superseding underground operations. In the 50s, people were like those Dr. Seuss children, or Pandora, not quite knowing how dangerous open-pit mining was. They did know that it was far more economical and much less dangerous for the miners than underground mining, so they went full-speed ahead.

The pit grew to be one mile long by half a mile wide with an approximate depth of 1,780 feet—a third of a mile deep, deeper than Lake Superior at its maximum depth.

Within the first year of operation, the pit was extracting about 17,000 tons of ore per day at a grade of 0.75% copper—about 1,000,000,000 tons of material were mined from the Berkeley Pit during the time it was operational. Copper was the principal metal produced, although silver, gold, and other metals were also extracted. Two communities and much of Butte's previously crowded east side were consumed by land purchases to expand the pit.

As people grew more and more aware of the environmental costs of open pit mines, more and more pressure was put on Anaconda Copper and ARCO to close the Berkeley Pit, which they finally did, to great fanfare, on Earth Day 1982. But that hardly ended the problems. When the pit was closed, the water pumps in the nearby Kelley Mine, 3,800 feet below the surface, were turned off. Now groundwater from the surrounding aquifers began to slowly fill the Berkeley Pit, rising at about the rate of one foot a month. Since the pit closure in 1982, the level has risen to within 150 feet of the natural groundwater level. That water is heavily acidic—the pH is 2.5, about the same as cola or lemon juice.

That acidic water leaches heavy metals and other dangerous chemicals, including copper, arsenic, cadmium, zinc, and sulfuric acid, from the rock, making the water exceptionally toxic. In 1995, a flock of migrating Snow Geese landed in the Berkeley Pit water and died. A total of 342 carcasses were recovered. ARCO denied that the toxic water caused the death of the geese, attributing the deaths to an acute aspergillosis infection. These findings were disputed by the State of Montana on the basis of its own lab tests. Necropsies showed the geese’s internal organs were lined with burns and festering sores from exposure to high concentrations of copper, cadmium, and arsenic.

Now, just last week, on November 28, thousands of Snow Geese died in a similar event, when a bad snowstorm drove them to seek refuge in what looked like a lake. People tried desperately to scare them away, but flock after flock dropped into the water and died. We don’t know what the final death toll is, but one news account set it as 10,000 Snow Geese. Ten THOUSAND.

The EPA has been struggling with lots of Pandora’s boxes in the form of Superfund sites, each one a unique scourge. The corporations that were responsible for unleashing all the toxicity on us continue to obfuscate the problems, as ARCO did the first time there was a goose die-off in 1995. That’s why it’s so critical to prevent corporate influence over government agencies.

Cleaning up just the Berkeley Pit, or simply keeping wildlife out of it, is impossible on any human time scale. Pandora’s box is open, and no Cat in the Hat is going to magically clean up the mess. Our only hope—our only defense against this literal chaos and death—is a well-funded EPA whose only mandate is to live up to its name, Environmental Protection, and whose only influence on what needs to be done and how to do it is science. Thousands of dead geese in 2016 from a mine that was closed in 1982 should be more than enough warning.
Laura Erickson at 7:50 AM
Share