Long ago and not so far away... 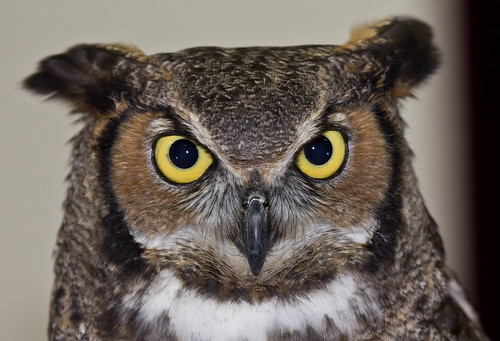 Long ago, back in the early 90s, when Russ was out of town and I was home alone with three little children about 11 pm, right after I’d put on my jammies, brushed my teeth, and headed for bed, there was a knock at the door. I looked out to see two men on the front porch, in sleeveless t-shirts and dirty blue jeans. Their eyes were bleary and they looked a bit unsteady on their feet. But one's face looked vaguely familiar so I opened the door.

He looked familiar because he'd been on a work crew that dug the foundation for an addition on our house a couple of years earlier. He remembered, even in his state of slight inebriation, that I was a licensed wildlife rehabber, because as he worked the backhoe, four little baby Blue Jays in the windowsill watched every bit of the action. That's a story in itself—their four little heads all turned to the left and to the right in perfect synchrony as the backhoe worked, like the stereotype of a crowd of people watching a tennis match. The workers got a huge kick out of them.

Anyway, this one and his buddy had just now been heading home from fishing and were an hour or so north of Duluth when they hit a big owl. They said it couldn't fly, but they thought it wasn't injured too badly so they decided to rescue it and bring it to my house.

I followed them out to their truck, they opened the back, pulled out a big cooler that was tightly closed, and there inside was the poor thing, dead as a doornail. It had suffocated.

I don’t know who I felt sorrier for. Now on my porch I had one poor dead Great Horned Owl—a young one with still a bit of fuzzy down sticking through its gorgeous plumage—and two somewhat intoxicated fishermen on a crying jag. I could hardly send them off like that, so I made them some coffee and sat out on the porch with them, consoling them, while they sobered up at least a little.

I burned out and let my rehab licenses expire in the late 90s. I needed such an endless supply of compassion for the birds, but also for the people who brought them to me. I completely lost patience with one woman who kept bringing me birds her cat had been “playing with.” She’d leave my house every time feeling heroic for rescuing another one and believing that of course I could save it, even as I told her, time and time again, that birds injured by cats virtually never survive—the puncture wounds lead to massive infections and often there are horrific injuries hidden under thick plumage. I also told her specifically, time and time again, that every bird she had previously brought me had died, sometimes in exceptionally heartbreaking ways. And still she kept bringing them to me, until I finally couldn’t take it anymore and just quit rehabbing altogether. Fortunately, by then we had another wildlife rehabber in Duluth, and now we have Wildwoods Wildlife Rehabilitation Center. There were also too many cases of people who kept baby birds without bringing them to me until they had reached the point of no return from malnutrition. I just couldn't take it anymore.

But the vast majority of people who brought me birds were like those two sweet fishermen—they had either come upon the bird as bystanders or did something that accidentally hurt the bird and felt horrible about it and desperately wanted to fix it. Those are the people who, all these years later, remain gentle on my mind.

That dead owl on my porch, by the way, is the one that my daughter's Brownie troop dissected on our dining room table, after I got a special permit for it. But that’s a whole 'nother story.