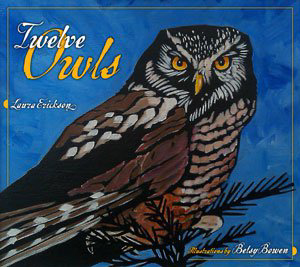 Back in 2011, I wrote a book for the University of Minnesota Press, Twelve Owls, about the twelve species of owls that have been recorded in Minnesota. At the time I wrote it, I’d seen eleven of them, all in St. Louis County (and some in other counties as well). 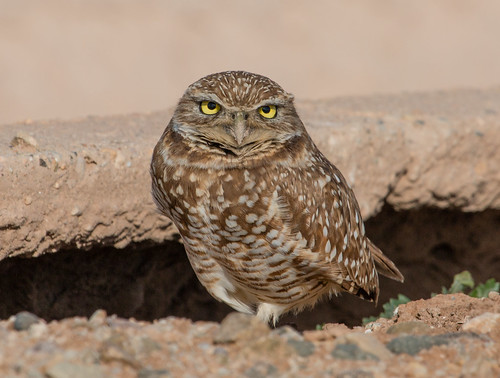 The rarest owl I’d seen here was the Burrowing Owl who turned up for a single day in the Erie Pier area at 40th Avenue West in Duluth in 1997. That was on the day we’d set aside as a birdathon fundraiser for Hawk Ridge, with groups heading out to see as many birds as possible in the county. When the Burrowing Owl was discovered in the morning, most of us were way up in the bog, and this was before text alerts, but some wonderful birders headed up and tracked everyone down to make sure we all headed to Duluth to see this perhaps once-in-a-lifetime bird. Burrowing Owls are critically endangered in the state and no longer seen every year even where they belong, in the prairie areas of extreme western Minnesota. 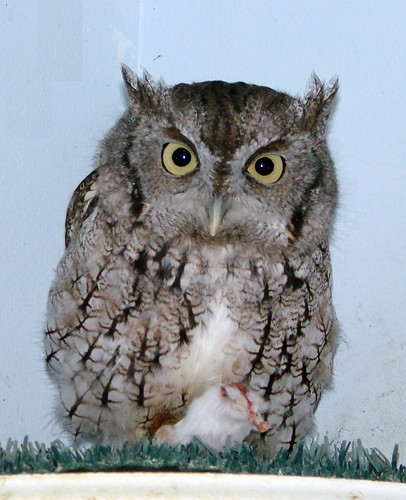 One evening in September 2004, I was shocked to hear an Eastern Screech-Owl from my own front yard. Frank Nicoletti banded one or two that fall in or near Duluth. If a screech-owl was going to show up on Peabody Street, I’m not surprised that I was lucky enough to hear it—my licensed education screech owl, Archimedes, always called a lot in September, increasing the likelihood that a passing screech-owl would linger and call back. Eastern Screech-Owls are regular year-round residents in Minnesota, but further south. That one over 15 years ago was the 11th owl species I’d seen in St. Louis County, which seemed about as good as it could possibly get.

Nine kinds of owls are fairly straightforward up here, and I'd seen them all by 1988 or so: the Great Horned, Snowy, Northern Hawk, Barred, Great Gray, Long-eared, Short-eared, Boreal, and Northern Saw-whet Owls. The last holdout, the Barn Owl, is a southern species, endangered at the top of its normal range in Iowa and Illinois, and merely a vagrant in Wisconsin and Minnesota, so I figured that one wasn't in the cards for me unless there was a reliable one that showed up on a farm somewhere in extreme southern Minnesota. 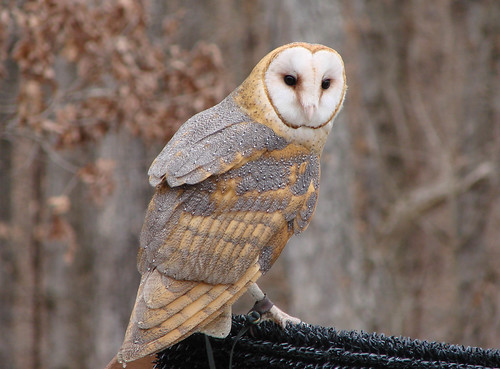 Oddly enough, ever since the time we moved to Duluth in 1981, I’ve been having a recurring dream about seeing a Barn Owl in my neck of the woods, but that 39-year-old fantasy seemed a pipe dream. On New Year's Day this year, someone reported seeing one in the Sax-Zim Bog, but no one else confirmed it even with all the birders scouring the bog to start their year lists. My daughter was in town through January 3, so I figured I’d check out the bog on the fourth, but then I had that pesky heart attack on the 3rd and had to put off birding. Meanwhile, no one else reported the Barn Owl until Saturday the 11th—I saw a text message about that around 5 P.M., when it was already dark. I figured it would be too much of a long shot to try first thing the next morning, but it was reported again Sunday, so Russ drove me up to the bog.

At least a dozen cars were parked along Highway 7 when we arrived. The bird had been seen fifteen or twenty minutes before we got there, but it stayed hunkered down for couple of hours or so. When it finally took off, I got a few flight shots, but it was never up for more than a few seconds.

A Barn Owl! My body might not have been 100 percent what with my heart attack, but my eyes were about as good as they've ever been thanks to my recent cataract surgery. The bird wasn’t close and I saw it only in flight, so my photos aren’t the best, but oh, well—this Barn Owl was my twelfth Minnesota owl species, and my twelfth in St. Louis County, to boot! I don't know how many other birders have seen all twelve in the county.  It's a pretty cool distinction!

The thrilling afterglow lasted while Russ and I ate a late lunch at the Wilbert Café. Then I got another text message—the poor owl had alighted close enough to some people that they could see it was in very bad condition, and they ended up capturing it to bring it to the Raptor Center. The poor thing didn’t make it—a profoundly distressing, heartbreaking end to the day.

Some people of course criticized the birders who had been “gawking” at the poor bird, as if these birders were responsible for or in any way connected to the owl’s death. Highway 7 is always busy, and in addition to the auto traffic, several loud, long trains went by while I was there, yet for some reason the owl had arrived and settled in there entirely on its own. Were the people gathered at the roadside disturbing it? Ravens harassing and dive-bombing it in the morning certainly had, but every person I saw stayed on the roadside, and there were absolutely no footprints into the snow either—clearly no one had been "chasing" or otherwise harassing it. The bird was badly emaciated and would have died whether there were human witnesses or not.

No one knows what sends out-of-range vagrants wandering, so we’ll never know why this particular Barn Owl appeared at the Sax-Zim Bog at the very start of 2020. (Actually, the landowners said it had been hanging around and staying in their barn for about a month!) At the very start of 2016, an Ivory Gull turned up in Duluth. 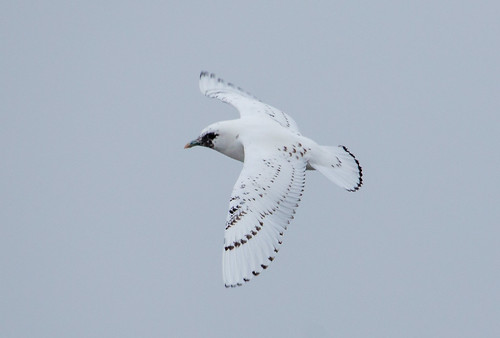 Hundreds of birders from all around the country saw it in the weeks before that bird started looking poorly and ended up dying. As sad as that situation was, I feel even sadder about the Barn Owl—something about owls touches my heart in a place gulls can’t approach.

After the Raptor Center necropsies the bird, we may learn something that could help the next out-of-place Barn Owl. The very first Barn Owl I ever saw, on the grounds of the Lincoln Park Zoo in December 1978, also ended up dying—even Chicago is too far north of the winter range of this bird. I’m glad I got to witness a moment of that bird’s life, and still treasure the photos Russ took of it, proof that our lives had intersected it for one brief moment. I’m sure in the murky future that’s how I’ll feel about this Barn Owl. But right now my triumph at having seen my twelfth owl species in St. Louis County is tainted with sorrow.
Laura Erickson at 10:57 AM
Share