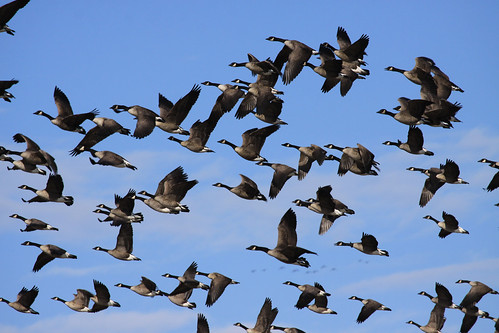 I’m spending much of my time indoors staring at my adorable grandbaby, but have been seeing lots of geese here in Duluth. By lunchtime on September 30, counters at Hawk Ridge had already counted over 4,100 this season.

The time-honored question so evocative when geese are flying overhead is Rachel Field’s. What exactly is that something that told the wild geese it was time to fly? WXPR listener Jo Simons, who managed to get a nice video, with sound, of Canada Geese migrating overhead, wondered about the even more obvious question—“What the heck are they honking so loud about???”

Those goose flocks are usually made up of genetically related birds. Birds hatched in a given year stay with their parents through migration and their first winter. Two- and three-year-olds and even older birds also often gravitate to their parents during migration and on their wintering grounds, meeting up with this year’s batch of siblings. Because the parents also have siblings and parents, the flocks, which grow larger and larger as birds progress southward, include lots of cousins and second-cousins-once-removed and on and on. Siblings from previous years meet up for the first time with their 100% genetic siblings from this year if their parents both survived. If one of their parents has died, they’ll meet their half-siblings from this year plus many family members of their new step-parent. Geese that haven’t met up with their own family members can be welcomed into these flocks, too, so there's a lot of mixing. 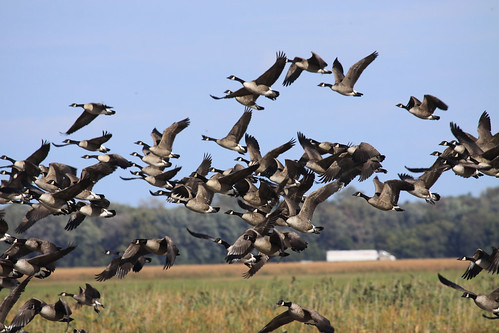 Drawing family trees for geese would be very complex. The oldest known wild Canada Geese were shot by hunters, while presumably still quite healthy, when they were over 30 years of age. Most Canada Geese start forming pair bonds when they’re 2 years old, and start nesting when about 4, which means a 30-year-old goose has probably produced over 25 batches of young. 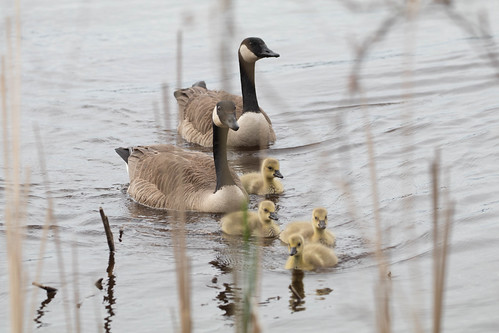 Not all those batches survive, of course, but still, a goose family tree drawing would have to show at least an order of magnitude more branches descending from each individual than your run-of-the-mill human family tree. 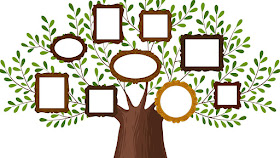 We usually notice migrating geese winging over by their calls first, so Jo’s question really is an obvious one, but I don’t know of any poem that addresses it. What the heck are they honking so loud about??? Rachel Field heard “winter in their cry,” and that may be part of the goose discussion, but the truth is, only the geese know for sure. We mere humans, incapable of communicating with even the most articulate carbon-based lifeforms with whom we share this planet, can only speculate. Are they discussing the weather? Catching up on the latest gossip? They’re probably not griping about the presidential debate—WIFI is hard to access in many wetlands and, so far at least, geese are not known to carry cell phones, so even though habitat protection, climate change, and other issues affect them deeply, geese were mercifully spared that travesty. 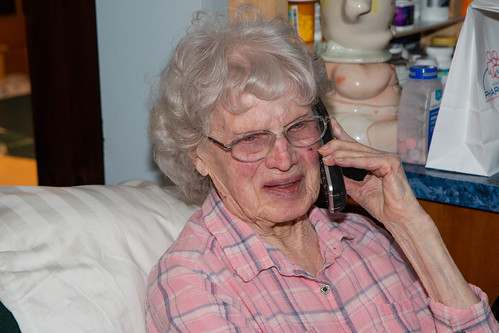 Sometimes their honks make me think of my mother-in-law. When she was living with us, I’d drive her from Duluth to Port Wing for her bi-weekly card club and she’d blurt out observations about every little thing she saw out the car window. “When are they going to finish up with the road construction here? Dad and I went to that Choo Choo Bar and Grill with Uncle Butchie once. Look at all the deer in that field! Haven’t they torn down that decrepit barn yet? Look—that’s where Dad and I spotted the bear with three cubs once! Florence’s garden sure looks pretty this year. Hey—are those Sandhill Cranes? Who left that trash on the Lutheran Church lawn?

Like my mother-in-law, geese may be commenting in a stream-of-consciousness sort of way on the familiar and unfamiliar sights they’re noticing. Or parent geese may be pointing out important landmarks to their young to help them navigate on future trips—with so many families in each flock, that alone would produce a lot of honking.

The leaders of flocks tend to be older birds who know the way, taking turns as the lead bird grows weary. But with so much mixing, many of the birds in a flock may have learned different routes from their own parents before pairing with the mate who met up with his or her parents this time. So at every juncture, some birds may be back-seat driving—or, in this case, back-of-the-flock navigating. Minnesota-nice geese might be passive-aggressively saying, “Uh, we might consider banking left here?” while geese who spent time in New York or Chicago might be blurting out obscenities while insisting that it’s quicker to follow I-35 than the St. Louis River.

Who knows? We spend millions every year trying to figure out whether there might be intelligent life forms on other planets or in other solar systems or galaxies, assuming that if we found them, we would be able to communicate with them, when we don't have a clue what the wild geese right here on earth are honking about. 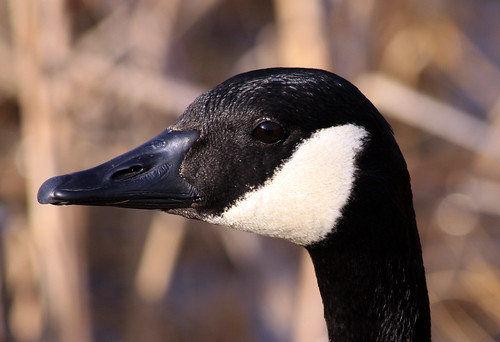