I decided to spend my spring doing very low-key birding activities and decompressing after all the medical drama of the past few months. I’m leading informal warbler walks every Tuesday and Thursday, unless it’s raining, but otherwise my time is my own for the first spring in many years. I decided to spend Earth Day at Crex Meadows Wildlife Area, in Grantsburg, Wisconsin. I’ve birded there several times over the years on my own, but never had the leisure to explore it. So when I received an email about their spring events, I signed up for two birding field trips so I could go out with experienced birders who know the place way better than I do. The first of these was on Earth Day. It was lovely being outdoors on a beautiful morning, and I relished being a participant rather than a leader for a birding event.

The eleven of us drove around Phantom Lake and to some other spots in our 2-hour field trip. I love early migration, when we’re seeing late winter stragglers and the very first of the spring arrivals. And Saturday fit the bill. We saw a surprising number of lingering American Tree Sparrows even as I saw and heard my first Chipping Sparrows of the year. We were in that weird middle-area as far as water birds go: many of the ducks people had seen in the past week had moved on, but our only shorebirds were a single fly-by Killdeer and two Lesser Yellowlegs. Yellow-rumps and Ruby-crowned Kinglets abounded, but no other warblers had arrived yet. 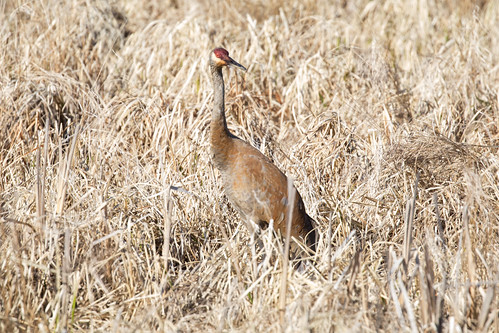 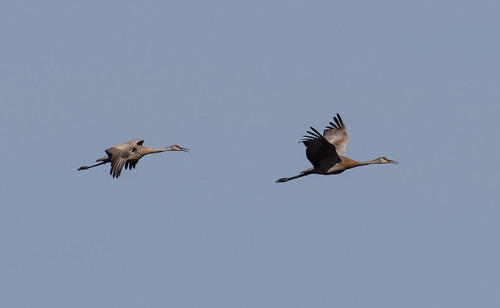 After the field trip, I went by myself back to Phantom Lake to get more photos. I had an especially lovely time watching a Red-necked Grebe pair that was fairly close to the road. They seem to be working on a nest. Unfortunately, the brilliant sun that felt so very good was pretty strong on the birds. I got my best photos ever of Red-necked Grebes, but they were hardly great. I’ll have to go back there in mid- to late-afternoon when the sun is lower and behind me to get better ones. 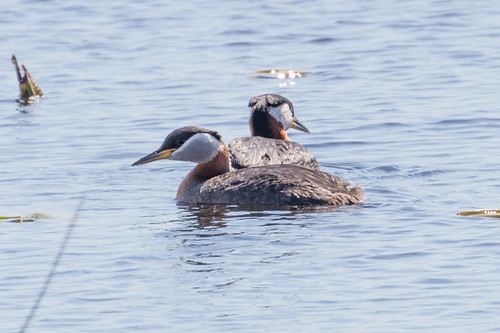 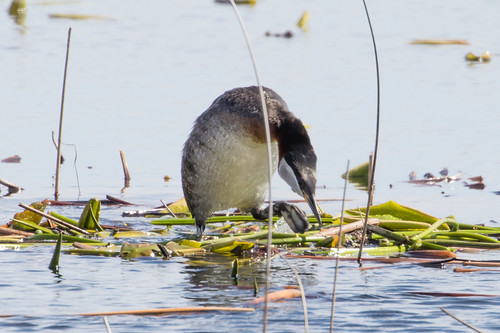 I did get some nice shots and video of Trumpeter Swans feeding. It’s gratifying beyond measure to see such tangible, beautiful proof that the Endangered Species Act really works—Trumpeter Swans had been wiped out of their entire former range except a tiny pocket in Montana and Canada until research and reintroduction projects under the Endangered Species Act brought this splendid bird back. 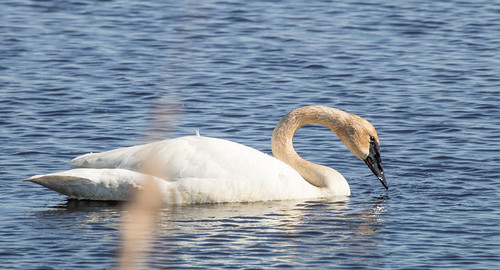 I came home pretty exhausted—it’s interesting how even though I feel great, I’m get tired more easily nowadays. But it was a lovely exhaustion.

One of my treasured friends, who I met at a very high-key birding event, the festival that lives up to its name, The Biggest Week in American Birding, is Pastor at the Second Missionary Baptist Church in Franklin, Indiana. Douglas Wayne Gray had an enlightening experience this week. He writes:


I had … a few bird hikes at work this past work week. These hikes were associated with “Earth Day.”

I had told one of the groups that we were going to make it to a certain wood line, and when we reached it we would turn around and come back. There was a director in that group who let me know that she wouldn’t be able to make it all the way to the wood line because of a meeting she had.

At one point during the hike I glanced down at my watch and told the director, who was still with us, that she was going to be late for her meeting. She said to me, “I’ve decided to skip the meeting. I’m making it all the way to the wood line, because this hike is giving me life.”

She discovered what many of us have discovered. Spending time in nature is very much…life giving.

According to my calendar, what we call Earth Day is over for the year. But on this planet, every day is earth day. Appreciating all the life giving elements of this beautiful gift we live on sustains and enriches our lives far more that just about any meeting could. As Doug concluded:

Those things will help you put life in perspective. 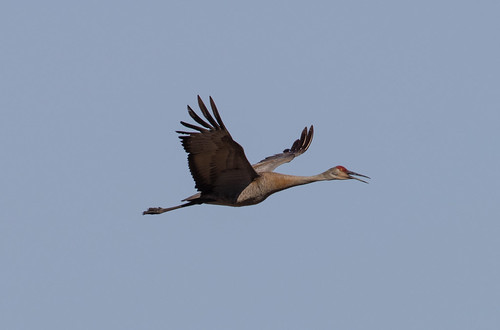